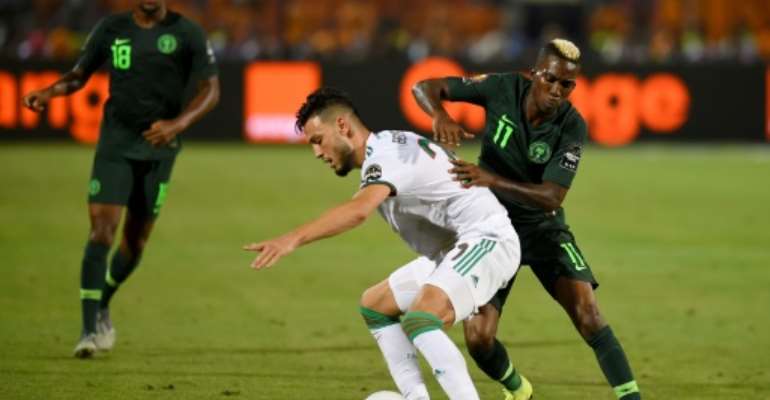 Nigeria's forward Henry Onyekuru (R) -- shown in a match against Algeria during the 2019 Africa Cup of Nations (CAN) -- has been signed by AS Monaco. By MOHAMED EL-SHAHED (AFP/File)

Monaco have signed Nigeria international Henry Onyekuru on a five-year-deal from Everton, the French club announced on Monday.

"I'm very happy to join a great club like AS Monaco. I will give everything to improve and help the club to have a great season. I look forward to meeting my teammates," the 22-year-old told Monaco's website.

Onyekuru, who has made 11 appearances for the Super Eagles, originally joined the Premier League side in 2017 but has spent the two past campaigns on-loan with Anderlecht and Galatasaray.

Leonardo Jardim's options in front of goal could be strengthened further with Sevilla's France forward Wissam Ben Yedder being linked with a move to Stade Louis II.

However former club captain Radamel Falcao and Portugal wide-man Rony Lopes have been linked with moves away from the Principality.