Trouble For Officers Of Auctioned Cars Without Due Process 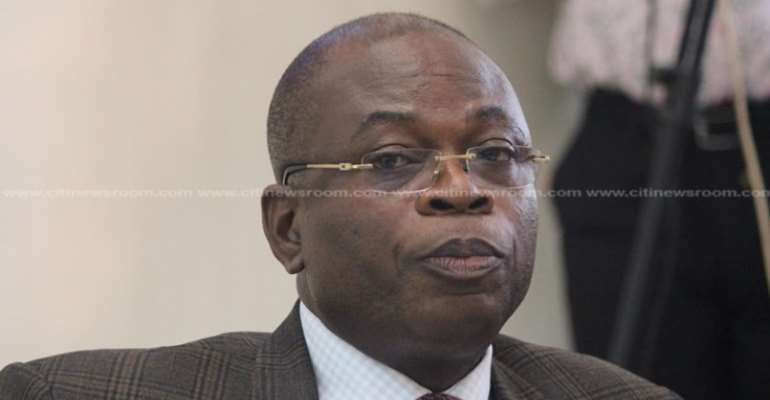 The Chairman of the Public Accounts Committee of Parliament, James Klutse Avedzi has vowed the committee will recommend prosecution of all persons involved in the auctioning of the about 2000 vehicles without due process.

According to the 2018 Auditor General's report, a total of 1,719 vehicles that were auctioned by the Customs Division of the Ghana Revenue Authority (GRA) after being confiscated between 2015 and 2017 were sold without the right procedures.

Speaking to Citi News, James Klutse Avedzi stressed the importance of prosecuting such officials to serve as a deterrent to others.

“First of all, we need to look at the recommendations of the auditor general in the report. We also need to look at the asset disposal law to know what needs to be done when the government’s assets need to be disposed of and determine if there has been a breach. Once they have been sold, we need to know who sold them and if they were auctioneers. We have to locate them and get the revenue. If we cannot get answers to all these things then definitely there must be officers who were involved and these officers must be prosecuted.”

The report indicated that while GRA officials provided information on just 669 of the vehicles, there was no ample proof of the exact amount that was accrued to the state from the auction.

The Auditor-General, Yao Domelevo, has stated that all processes would be followed to apply the law to surcharge the officials involved in causing revenue losses to the state.

“Those who are supposed to enforce the payment of taxes and mobilise revenue for the state, but who are causing revenue losses must have the hammer to their head or a knife near their throat so that they will do the right thing,” he said.

He said the revenue losses through the auctioned vehicles were only a tip of the iceberg as millions of cedis had been lost through various financial irregularities by state institutions and public officials.

According to the Auditor General, it was worrying that although the Auditor-General continued to cite public officials and state institutions for unpardonable infractions in the yearly reports, the perpetrators were left to enjoy the booty.

“It is mind-boggling that audit reports come year after year, citing people for causing financial loss to the state but they are still in their offices and move about in their nice cars and sleep in better houses. Nothing happens to them; not even administrative sanctions. There is the need for deterrence in the system because for any public financial management system in any part of the world to work well, there must be strong sanctions. People do businesses in this country and do not want to pay taxes and we tolerate it so they perpetuate it,” he stated.