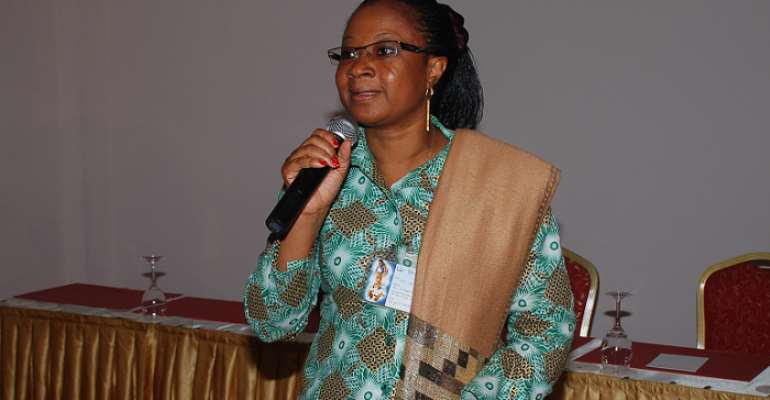 Ministry of Gender, Children and Social Protection has started sensitization tour in the Agona West Municipality to showcase its programmes and activities.

The exercise which is expected to cover the whole country is to bring the Ministry closely to the people at the grassroots level.

Areas to be treated among the other things include Mission and Vision of the Ministry, Gender Issues, Child Protection, Human Trafficking, Social Welfare, Social Protection and Domestic Violence.

Addressing a forum at Agona Nyakrom on Wednesday, the Chief Director of Ministry of Gender, Children and Social Protection, Dr. Afisa Zakariah noted that the programme was to bridge the gap between males and females especially in the areas of education also educate the general public about laws that are against Child Trafficking, Child Marriage and Abuse, Domestic Violence, Social Protection and Welfare.

" We are here today basically to bring the Ministry of Gender, Children and Social Protection closer to the doorsteps of the people and to interact with them to get feedback of all our services.

This tour which would be across the country will also be enabling the Ministry to monitor the usage of the monies meant for Persons With Disabilities (PWDs). This 3% share from the District Assembly's Common Fund is to cushion them financially so it should be disbursed judicious to beneficiaries.

Touching on Children with Special Needs, the Chief Director disclosed that Ministry was seeking for funds from its development partners to argument whatever was available to support them adding Child-Friendly center has been renovated by the Ministry in Accra to enable such access formal education.

Other speakers include Madam Abena Asare and Madam Malonin Asibi who spoke on Human Trafficking and Domestic Violence respectively.