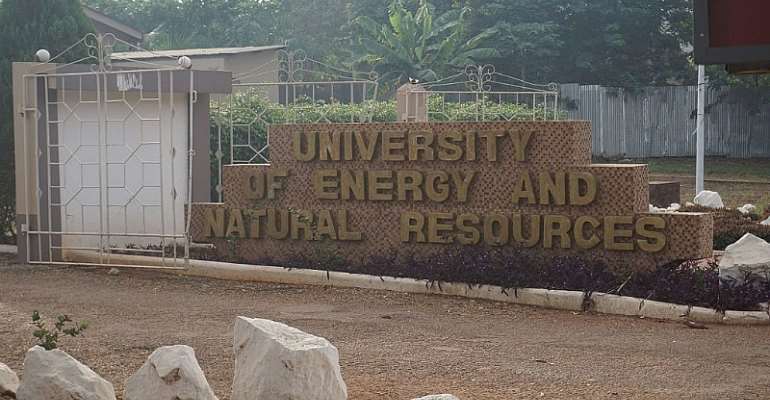 Ranking Member on Parliament's Education Committee, Peter Nortsu Kotoe says the Akufo-Addo’s government’s decision of only favouring the legacy of the New Patriotic Party political lineage in the renaming of public universities is completely wrong.

The MP was referring to the decision by the Governing Council of the University of Energy and Natural Resources to rename the school after K. A. Busia.

The Akatsi North MP complained in a Citi News interview that “the president has taken delight in renaming our tertiary institutions and this is uncalled for.”

Mr. Nortsu Kotoe held that these schools did not need renaming.

He argued that it would have been apt rename the University of Energy and Natural Resources after late President John Atta Mills, who established the school.

The University of Energy and Natural Resources was established by an Act of Parliament on December 31, 2011.

“If you want to name the university after anybody then you should honor the one who established the university, not any other political figure.”

Ultimately, Mr. Nortsu Kotoe said the Minority in Parliament felt that the universities should be named “by where they have been established and the programmes that they are to perform.”

The Deputy Ranking Member on the Education Committee in Parliament, Dr. Clement Apaak earlier decried the lack of consultation in the renaming of the schools.

“The lack of consultation was an affront to education in Ghana and deprived the country of a peaceful consensus on the matter,” he said.

‘50% + 1’ To Pick President Is Constitutional Misrepresentat...
26 minutes ago