Is She or He the Boss in your Marriage or Friendship? 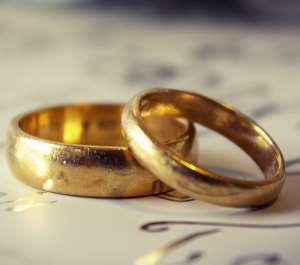 In our modern-day marriages or casual friendships, we sometimes witness spousal disagreements. This attitude debilitating our marriages or friendships is quite pronounced in the lives of some Ghanaian or African women living in the Whiteman's land. They often see themselves as the partners in the marriage wearing the trousers while their husband is figuratively the woman in the relationship. By the time the man has said one word, the woman will have said two or three and at a raised commanding tone.

The women often for some insane reasons, think they are empowered by the laws to have upper hand over their husband. Therefore, the shallow-minded ones at any least opportunity may want to suppress their husband for all reasons that do not make any sense but to inflict psychological pain on their partner. Some of these reasons border on their hidden or open quest to be unfaithful in their marriage. They may want to engage in extra-marital affairs for reasons only best known to them hence availing themselves of the laws to subjugate their male partners. If it were not so, why would some Ghanaian men kill themselves or weep their eyes out because their wife is going for another man and/or throwing them out of their conjugal home?

Many a time, the man will try all his best to resolve their marital problems but as determined as the woman is to walk away from the marriage because of her newfound love, or for other absurd reasons, all the man's attempts will be in vain.

Love indeed is blind. Love is abundantly forgiving. However, because the woman's love has flown away and into another person, no matter how far the husband will plead with her for come back, or to change her deplorable attitude, the wife will still want to go. The harder the man tries to win the love and confidence of the woman, the more the obstinate wife determines to end their relationship.

Some people who do not understand love, and may not as yet have experienced true love, may see these husbands who in desperation cry like chicken baby, kill themselves or go pleading with friends to intervene to get the woman to reconcile with them, as fools. No, they are not! Until the love pain has evaporated or subsided, please don't treat them as imbeciles, but people who in such critical moments need your support and comforting advice.

Some men also are the trouble seekers and once they find the trouble they seek, they begin to act as the offended victims.

When you are a woman and your husband offends you, regrets his mistake, and pleads with you for comeback, please do forgive him and return. Similarly, a husband must do same to their wife. Go back to your wife when she offends you and asks for forgiveness.

I shall end here without going into any further details but to leave the following two songs, both from a husband to their wife. The husband will first plead for the wife to come back by singing, "My beautiful woman"

However, if the woman persists in walking away from the marriage or friendship, the pain will surely subside with the passage of time and once the sustained heartbreak wounds are healed , the man will sing, "It's too late to say that you are sorry"

Have the marriage couples learnt any lessons from this short publication? It will be better if you had. Most often, the women regret at a time that it is too late for them to be accepted back. Experience has taught us so.