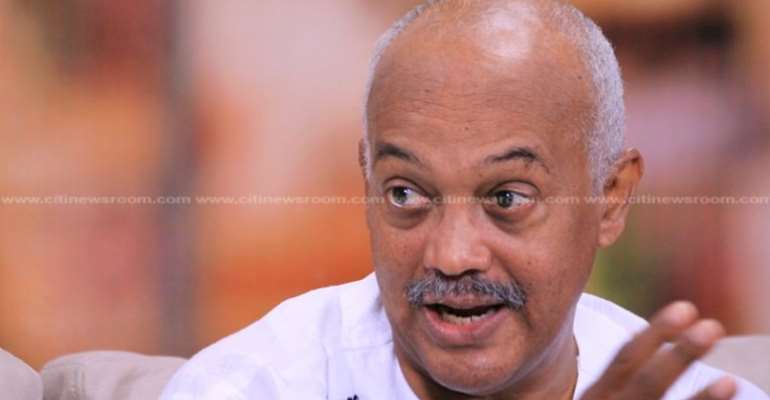 A Financial Analyst, Syndey Casely Hayford has said government had no business in suspending the concession agreement with the Power Distribution Services (PDS).

He believes the anger of stakeholders following the suspension is unnecessary.

Speaking on The Big Issue on Saturday, Syndey said:

“The fact of the matter is, what we have done on this PDS thing is to create what I call a tropical storm in a calabash. That is all we have done. It's a storm in a tea cup. This whole bizarre thing that we have done –suspension is all unnecessary which has engaged so much media and citizen time with is not worth it. If you read all what people are saying together with the backwards and forwards, at the end of the day, Donewell ensured and covered which suited the criteria which MIDA had put in place for the diligence in order for the contract to be offered.”

Casely Hayford also said the Qatar-based insurance & reinsurance company that denied knowledge of the existence of the guarantee in question despite allegedly benefiting from premium from the deal must be more concerned about it flaws.

“If in between the lines, Donewell's capacity to cover the guarantee by itself, was not acceptable to the due diligence purveyors which is MIDA, and the then a broker finds them Al Koot and they reinsure. So if you come back and say that we are withdrawing our guarantee because the person who actually, signed the document for the contract forged it has nothing to do with us here in Ghana, it has nothing to do with PDS or anybody. That is Al Koot's business.”

The government suspended the concession agreement with PDS for distribution and sale of power in Ghana with immediate effect following what it said was the discovery “of fundamental and material breaches of PDS' obligation in the provision of Payment Securities (Demand Guarantees).”

One of the insurance companies at the centre of the Power Distribution Services' (PDS) concession agreement debacle, Donewell Insurance Company Limited (DICL) has welcomed the government's probe into the deal.

The Electricity Company of Ghana has subsequently been directed by the Energy Commission to take over the distribution of power of the suspension.

Donewell Insurance has insisted that “at all material times during this transaction, due process was followed and the company awaits the successful completion of the investigative process.”

DICL is said to have been issued two counter guarantees – the first was for the periodic payments required to be made by PDS under the lease agreement for the lease of the assets of ECG and the second for the bulk supply of electricity sold by ECG to PDS under the Bulk Supply Agreement.

A key component of the Agreement was to find an 'A' rated Standard & Poor's company to reinsure the Guarantee and Donewell Insurance in a statement said it's brokers, JoAustralia Reinsurance Brokers secured a cover from Al Koot Insurance and Reinsurance Company, an 'A' rated company in Qatar, in accordance with international best practices.