Granted, Amidu has no jurisdiction over PDS, what about the Brazilian Aircraft deal? 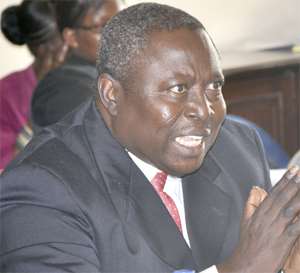 I would like to believe that since Mr Martin Amidu has made it clear in his latest epistle that he does not have the jurisdiction to investigate the PDS case, the same applies to the dubious Brazilian Aircraft deal he once talked about inexorably.

If that was the case, would he then kindly pass on any evidence in his possession to the Attorney General for possible investigation and prosecution?

If you may recall, a few years ago, Mr Amidu audaciously came out and told the good people of Ghana that President Mills of blessed memory set up a Committee to investigate an alleged cloudy Brazilian aircraft purchases negotiated by the then Vice President John Dramani Mahama (Source: martinamidu.com).

To some of us, Ex-President Mahama can continue to claim birth right to incorruptibility but we will only take him seriously if he comes clean on the Brazilian Aircraft deal as revealed by former Attorney General under the late Mills and the current Special Prosecutor, Mr Martin Amidu.

In fact, some of us were extremely flabbergasted when the erstwhile Attorney General under the late Mills and the current Special Prosecutor, Mr Martin Amidu revealed that the late Mills somehow lost trust in his vice president, Mahama, over the dubious Brazilian Aircrafts deal and therefore ordered an investigation into the deal.

However, according to Mr Amidu, the late Mills could not put his foot down and woefully capitulated and allowed the Committee to somehow turn a blind eye to his directives.

In fact, there are serious questions here that discerning Ghanaians must mull over and probe carefully: is Ex-President Mahama indeed incorruptible?

Was the late Mills really unhappy about the conduct of his then Vice President, Mahama?

Did the Committee indeed refuse to carry out President Mills directives?

If so, why did the Committee disobey the late Mills orders?

Well, dearest reader, please pay attention while we try to pin the ostensible straddled jigsaw together.

First, let us ruminate over the former Attorney General under the late Mills, Mr Martin Amidu’s chilling revelations on the corruption allegations.

It would be recalled that a few years ago, Mr Amidu came out and told the whole nation that in July 2011, there was a hue and cry about the prices for the acquisition of five (5) aircrafts for the Ghana Armed Forces.

Mr Amidu however stressed that even though on 26th July 2011 the late Mills attempted to defend the purchase of the five aircrafts, he became convinced of the necessity to set up a Committee to investigate those purchases.

The overarching question here is: did the late Mills have a gleam of suspicion on his mind and felt Mahama was trying to rip off the nation?

Well, in a way, reflective thinkers can conclude that the late Mills was not happy with the deal. And, if that was not the case, why would he set up a Committee to investigate Mahama, the architect of the whole deal?

In fact, it is an indictment on President Mahama, and therefore the honest thing for him to do now is to come out and repudiate the corruption allegations, not just by words, but through actions. That is, Ex-President Mahama must do the honest thing by allowing the powers that be to resume the investigations immediately without any constraints.

By doing this, discerning Ghanaians will then take him (Ex-President Mahama) more seriously about his never ending incorruptibility claims.

Mr Amidu’s averment continues: “a Committee to Investigate the Processes of the Acquisition of Five Aircrafts (5) including Embraer 190 Aircraft and hanger for the Ghana Armed Forces consisting of Mr. William Aboah, Mr. George Amoah, and Brig. Gen. Allotey (Rtd) former Judge Advocate-General was put together”.

Based on the preceding revelations, I have no doubts whatsoever in my mind that Mr Amidu’s story is credible. First, Mr. Amidu went ahead and named the members of the Committee set up by the late President Mills.

Secondly, the fact that none of the Committee members came out to repudiate or disassociate themselves from the allegations gave credence to Mr Amidu’s averment. The big question then is why did they keep quiet? Your guess is as good as mine.

Dearest reader, there we go. Amazing revelations! Did pressure groups really interfere with the work of a Committee set up by President of the nation? Were the pressure groups from the ruling party? If so, did they have vested interests in the purchasing of the aircrafts or what?

Anyway, dearest reader, whatever their reasons may be, their actions were unlawful, and can best be described as an attempt to pervert the cause of justice. Are we really serious as a nation at all, dearest reader? How on earth can pressure groups selfishly interfere in a legitimate Committee’s work?

You see, dearest reader, our problem as a nation is, we have sycophants, selfish and ‘nodding yes men and women’ who are only interested in amassing wealth at the expense of the masses. So they would go to every extent to achieve such objective.

The author has 872 publications published on Modern Ghana.