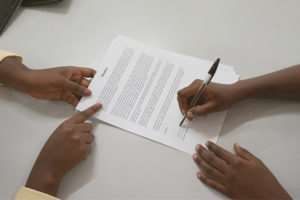 Introduction
When used in comparative contexts involving a pronoun, the expression "better than..." becomes a source of confusion and tension. For instance, many users of English find it difficult to choose, as the right expression, between "better than HE..." and "better than HIM..." Which of them is right then? Both of them are😀😀😀!!! Why? Below is the explanation of the answer.

Theoretical Justification
The correctness of both "better than HE..." and "better than HIM..." is based on the theories of CONJUNCTIONISM and PREPOSITIONISM. To join the endless debate and to make an informed choice, let us examine each of the theories.

Conjunctionism
As the name suggests, CONJUNCTIONISM views the word "THAN" as a conjunction that links two independent sentences (together) in comparative terms. Conjunctionists, therefore, argue that when the expression "better than..." is used two sentences are involved: one clearly stated and the other shortened or implied. Below is an illustrative sentence:

● I understand Arabic BETTER THAN Wunnam.
When we replace "Wunnam" with a pronoun, the sentence will read as:

● I understand Arabic better than HE.
In the view of conjunctionists, the full version of this statement contains two sentences, which are:

1 - I understand Arabic.
2 - He understands Arabic.
For comparative reasons, "better than" is used as a link between the two sentences. This way, the statement is written as:

● I understand Arabic better than HE understands Arabic.

But to keep the statement concise and precise, we can put it as:

● I understand Arabic better than Wunnam.
When "Wunnam" is replaced by a pronoun, the sentence will read as:

● I understand Arabic better than HIM.
Here, "HIM" functions as the object of the preposition "THAN" and NOT as the subject of the verb "understands."

Our choice is informed by avoidance of ambiguity. Yes!!! Depending on the context, PREPOSITIONISM could create cases of ambiguity. Let us consider the following situation.

● Azindoo loves books MORE THAN Napaga.
If we replace "Napaga" with a pronoun in line with PREPOSITIONISM, the sentence will be:

● Azindoo loves books more than HER.
Certainly, this sentence is ambiguous in the face of the following questions:

● Is it that Azindoo loves books MORE THAN Napaga does?

Or
Is it that Azindoo loves books MORE THAN he loves NAPAGA herself?

The reality is that the sentence under review can be an answer to any of the questions above. And that is the stench of ambiguity.