More than a dozen feared drowned in DR Congo shipwreck 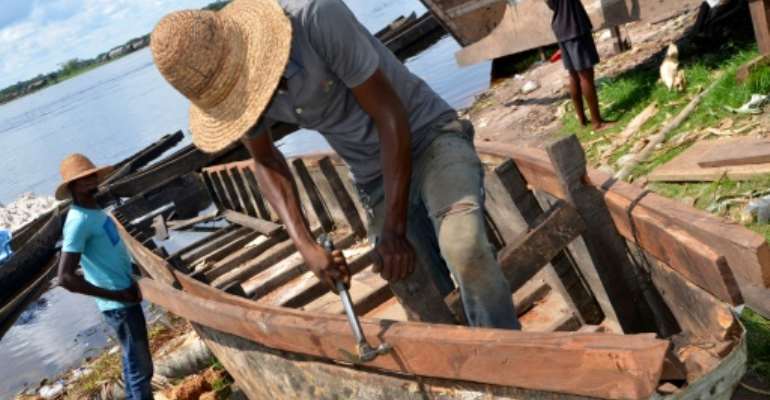 Motorised boats are a widely used means of transport in the DR Congo but they are also often overloaded, and rarely carry life jackets. By Junior KANNAH (AFP)

More than a dozen people are feared to have drowned in yet another shipwreck on Lake Kivu in the Democratic Republic of Congo, a regional official said Saturday.

The overcrowded motorised boat was carrying around 100 passengers when it capsized on the lake, near the eastern city of Bukavu.

"We have already registered 76 survivors," said Swedi Basila, the regional transport minister for South Kivu province, adding that up to 20 people were still missing.

"No body has been found until now," he told AFP.

The vessel was on its way to the island of Idjwi when it hit a large rock and capsized, Basila said.

River transport is one of the most popular in DR Congo with its numerous waterways. Boat mishaps are common, typically caused by overloading of passengers and cargo.

Tolls are often high because the boats rarely carry life jackets and many Congolese do not know how to swim.

In late May, at least 47 people died in a boat accident on Lake Mai-Ndombe in the west of the country.

In April, at least 167 people were killed in two accidents, prompting President Felix Tshisekedi to make it mandatory for passengers to have life jackets.