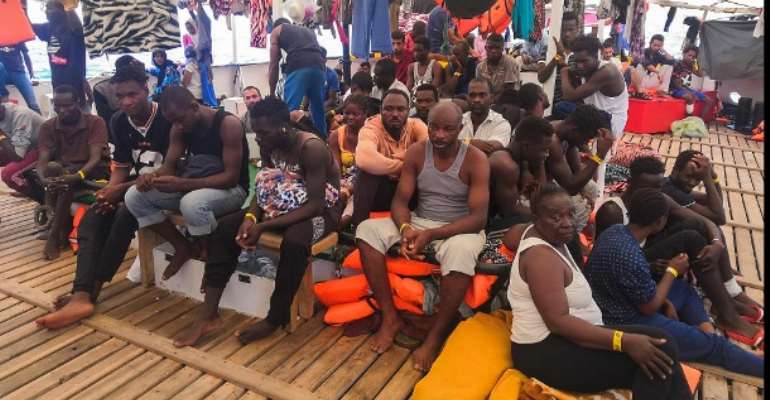 Since nine days the "Open Arms" crosses with refugees on board in the Mediterranean Sea. Now Malta has declared itself ready to take in people, but only a part of them. This has apparently led to security problems on board.

Of 160 people on board the "Open Arms" rescue ship, Malta wants to take in only 39 who were rescued on Saturday night. According to the government in Valetta, it refused to admit the remaining 121 boat refugees. They have been waiting on board the ship of the Spanish organization Proactiva, (the Spanish NGO-"Open Arms") for nine days.

Malta has proposed that the 39 migrants be picked up by a naval vessel and taken to mainland Malta, the government said. This group had been rescued within Malta's jurisdiction. However, "Open Arms" had rejected this solution and insisted that Malta should receive all 160 rescued, it was said.

Shortly before, the aid organisation had criticized Malta's decision in the short message service Twitter, because this had triggered tensions on the ship. Malta's decision led to a serious safety problem on board, explained Oscar Camps, founder of Proactiva, (Spanish NGO, "Open Arms") People's anxiety is unbearable.

On board: a superstar

On Friday morning, US actor Richard Gere paid a visit to the 121 migrants and the crew of the "Open Arms". "I came here from Italy-Lampedusa. We brought as much water and food as possible for everyone on board," he said in a video published by Proactiva, the Spanish NGO-"Open Arms".

Everyone was well, but it was important that they could now reach a free port, get off the boat and start a new life, the actor said.