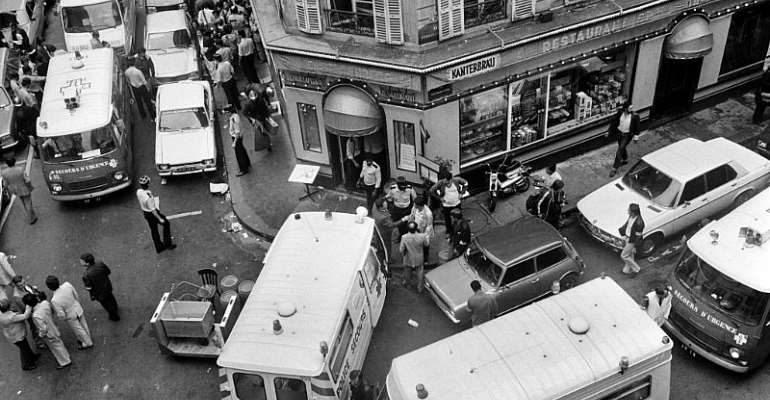 Thirty-seven years after Palestinian terrorists killed six people at a deli in Paris's Jewish quarter, the families of the victims are demanding a parliamentary inquiry – on the back of media reports that a former French spy admitted to making a secret deal with the perpetrators.

A further 22 people were wounded on 9 August, 1982, when two gunmen stormed the Jo Goldenberg restaurant in the middle of the day, opening fire and throwing grenades at customers.

The men are believed to have belonged to a radical group led by Palestinian militant Abu Nidal, which was active in the 1970s and 1980s.

According to reports this week in the daily Le Parisien, former head of French intelligence Yves Bonnet told a judge in January he had assured Abu Nidal that members of his group would not be arrested if they refrained from committing further attacks on French soil.

It is understood that the then French President Francois Mitterand's chief of staff was informed of the deal but that “officially … the Élysée knew nothing”.

The victims' families are now calling on President Emmanuel Macron to declassify files of the attack.

Avi Bitton, a lawyer for several of the families, told France Info radio: “We will ask the investigating judge to make requests to lift the lid on this file, so that he can investigate this possible secret agreement between the French state and this terrorist organisation.

"The French have the right to know that their government has made a secret agreement with a terrorist group."

A total of six people are believed to have been involved in planning and carrying out the attack on the restaurant, which was located on the Rue des Rosiers, in Paris's central Marais neighborhood, before it closed in 2006.

In 2016, Jordan rejected an extradition request from France for two suspects accused of carrying out the attack linked to the dissident Palestinian group The Abu Nidal Organisation.

Abu Nidal, whose real name was Sabri Banna, is understood to have committed suicide in Iraq in 2002.

His organisation was considered one of the most ruthless of the Palestinian militant groups, responsible for attacks in 20 countries which killed more than 300 people, including in Rome and Vienna during the 1980s.