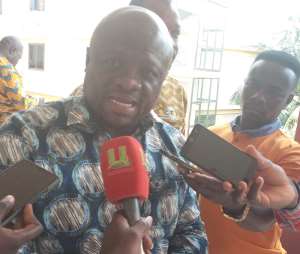 The National Digital Property Addressing System (NDPAS) has taken off in Bono East, Bono and Ahafo regions with a trainer of trainees’ workshop for 155 participants made of District Planning Officers, Research and Training Corps (RTCs), Monitoring & Evaluations Officers and District Co-ordinators of the Nation Builders Corps (NABCO).

The participants are expected to impart the knowledge gained at the training programme on NABCO trainees under their respective areas of jurisdiction who will be undertaking the exercise across the regions.

The Director of Business, Research and Skills Development at NABCO, Mubarak Bowan, who took the participants through the workshop underscored the critical role of the NDPAS, especially in the delivery of critical services such as Ambulance service, fire service and e-commerce, among several others.

This is because it would be much easier to identify and locate any landed property after the exercise.

He said the various Metropolitan, Municipal and District Assemblies would own the data that would generated after the exercise.

Mr. Bowan said publicity about the exercise would be intensified in the coming days to keep the general public fully abreast of it, adding that at no point in the exercise should anyone be charged for collecting data on his or her property.

He stated that any NABCO trainee who will be caught collecting any money from anyone in connection with this exercise will be severely dealt with and further cautioned the trainees not to engage in any arguments with residents but to focus on their core duties.

Speaking to the media, the Regional NABCO Co-ordinator, Kofi Boateng said a total of 12,750 NABCO trainees would be engaged nationwide to generate digital address for a targeted four million properties across the country.

He explained that personnel of NABCO would be grouped into a workforce of 50 in each group with each group expected to cover at least 21 houses or properties in a day.

Mr. Kofi Boateng further stated that arrangements have also been made to add extra numbers to areas which are bigger and have larger population sizes to facilitate the smooth execution of the project.

The digital address system seeks to improve access to ambulance services, emergency health care, enhanced access to security and other emergency services in the country. The system is also expected to facilitate e-commerce activities, access to financial services and boost revenue mobilization in the various districts.