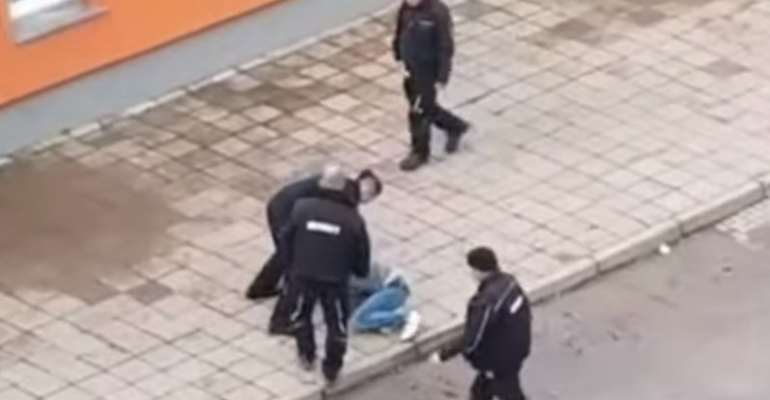 The videos show a brutal attack with kicks and punches: Security guards have attacked asylum seekers in the town Halberstadt in the German Federal State, Saxony-Anhalt. The state government formed an investigation group.

In a central contact point for refugees in Saxony-Anhalt, employees of the private security service attacked refugees. A spokesman for the Ministry of the Interior said in Magdeburg on Friday that the suspicion of a dangerous bodily injury was being investigated.

"There are things that do not work at all", said Interior Minister Holger Stahlknecht. We are mainly interested in transparency. According to the spokesman, an investigation team was formed at the police station in Magdeburg. In addition, the public prosecutor's office was informed.

Several YouTube videos dated April show how two asylum seekers are maltreated by security personnel. The young men are brought down, kicked and beaten by security guards, while the guards observed the attacks. According to the spokesman, the police are also investigating for aiding and abetting by omission.

Have there been any incidents in the past?

According to the ministry, four security guards were suspended. The triggers of the attacks are still unclear, the investigations are still at the very beginning. According to the interior Minister Holger Stahlknecht, it is also being investigated whether similar incidents could have occurred in the past.

According to the minister, Stahlknecht, the Ministry of the Interior only became aware of the videos on Friday and acted immediately. The trigger for the investigation was therefore a whistle-blower who had expressed his opinion about a possible bodily injury and sent a video link.

According to the ministry, there are currently less than 1,000 asylum seekers in the first reception centre. Ten guards are present per shift-around the clock, seven days a week. From information, the security company in question has been working at the central contact point for fugitives since December 2017, after winning a Europe-wide contract.