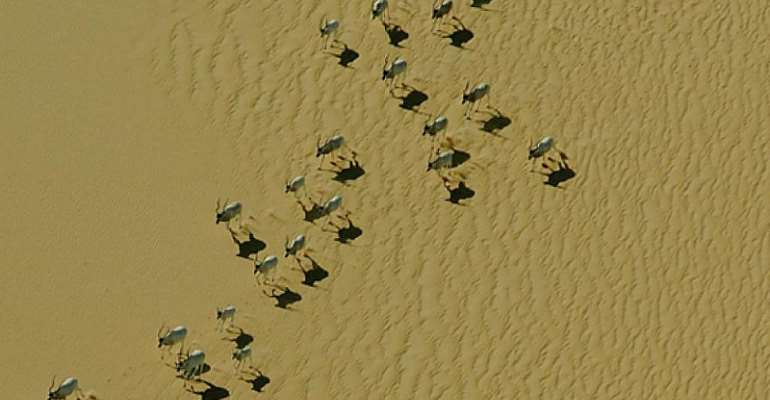 Environmental activists have started a petition to stop the Niger government from moving the boundaries of the African continent's largest nature reserve to honour an oil deal with China.

"We launched this petition last Wednesday because the Niger government adopted in June a redefinition project of the reserve, which is really threatened by the oil exploitation of a Chinese company," Hamadou Soumana, a member of the Niger Young Volunteers for the Environment (NYVE) civil society organisation, told the Agence France Press newswire.

Soumana is referring to the Termit and Tin Toumma reserve in eastern Niger, home to 130 species of birds and 17 types of mammals, including the dama gazelle, Saharan cheetah, bighorn sheep, and addax antelope, according to the Niger Environmental Services.

The University of Niamey has logged some 100 different plant varieties there as well.

The petition warns that the reclassification for China of Africa's largest nature reserve, created in 2012, will cause “China [to] destroy Africa's biodiversity with impunity.”

The online petition has 31,000 signatures as of press time.

In June, a council of ministers decided to move the boundaries of the reserve, which currently is situated across the regions of Agadez in the north, Zinder in the centre-south, and Diffa in the southeast.

Endangered species under threat
This was carried out in order to "comply with the production sharing contract" that Niger signed with the China National Petroleum Corporation (CNPC) four years earlier, according to a statement released by the council.

"Part of the perimeter [of the reserve] encroaches on the Agadem oil blocks attributed to CNPC". While its "boundaries will be displaced…the reserve will maintain the same area of ​​96,560 km2," according to the Nigerien government.

French non-governmental environmental organisation Noé, which was given the 20-year mandate by the government to manage the reserve, disagrees with the government statement.

This decision "excludes nearly 45,000 km2 of the protected area," it said on its website, adding that "this decommissioning would result in the disappearance of some highly endangered species, such as the addax" antelope.

Neocolonialism fears
It said that the 21 oil wells the CNPC are carrying out oil exploration on are in the reserve, which is crossed by a pipeline of more than 100 kilometres.

“It is time to reject this new form of neo-colonialism, which destroys the environment and local populations,” according to the online petition.