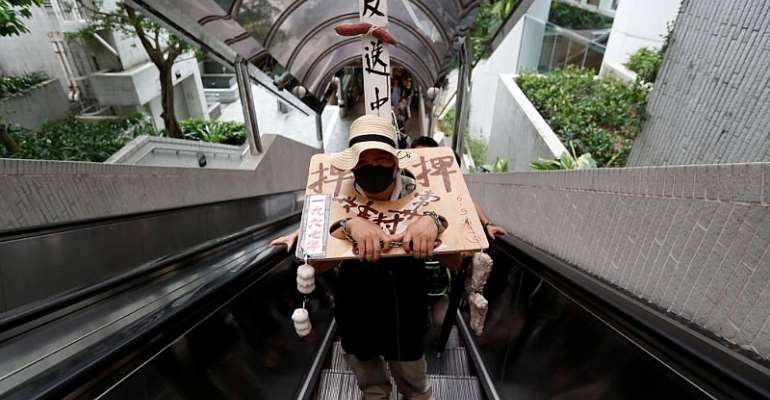 Anti-government protesters in Hong Kong occupied the airport for second day Saturday, as elsewhere families took to the streets in a peaceful march for greater freedoms.

Flights were not disrupted as hundreds of activists turned out at the airport's international arrivals hall waving banners and greeting passengers in a bid to attract more support for their movement.

For the three months now, the semi-autonomous territory has been shaken by protests against a bill that would have allowed China to extradite criminals to the mainland.

The legislation has since been shelved – but public anger has channeled the protests into a wider revolt against increasing Chinese interference.

To show their support for protesters at the airport, families marched near Hong Kong's business district – many bushing strollers and carrying balloons – in a colourful rally that organisers said was about “guarding our children's future”.

Protests have continued since June on an almost daily basis. Confrontations with police have sometimes been violent. Hundreds of people have been arrested.