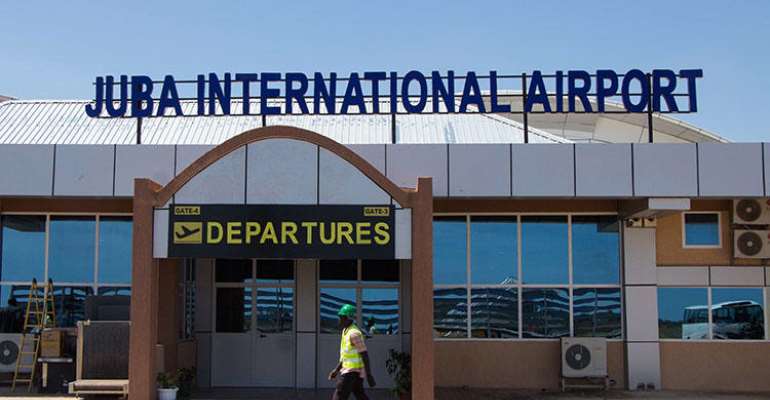 New York, August 9, 2019—Authorities in South Sudan should immediately release Michael Christopher, editor-in-chief of the Arabic-language daily Al-Watan, and halt its harassment of his publication, the Committee to Protect Journalists said today.

Christopher was detained at the National Security Service headquarters in the capital Juba, on July 17, after responding to a summons, according to a report on the website of Eye Radio. On July 15, security services at the Juba airport briefly detained Christopher and seized his passport as he tried to fly to Nairobi, Kenya, according to a document seen by CPJ and the same Eye Radio report.

On March 26, the South Sudan Media Authority suspended Al-Watan for alleged non-compliance with licensing requirements, according to a letter viewed by CPJ. The letter stipulated that Al-Watan must cease publication and journalistic activities until it complied with the requirements for license renewal.

CPJ could not determine the paper’s licensing status at the time of Christopher’s arrest. An individual familiar with the case, and who spoke with CPJ on condition of anonymity for fear of reprisal, told CPJ that Al-Watan has not published since receiving the suspension order.

“Jailing a journalist for more than three weeks for no reason is totally unacceptable, and Michael Christopher should be released immediately and unconditionally,” said CPJ Africa Program Coordinator Angela Quintal. “We call on South Sudanese authorities to cease this long-standing campaign of harassment of Al-Watan newspaper and its editor.”

CPJ has documented how the media regulator barred Al-Watan in January from reporting on protests and how Christopher was arrested in 2016 for allegedly publishing an inaccurate report about the U.N. peacekeeping mission.

Eye Radio reported that on August 6, the media regulator told Mary Ajith, chairperson of the press rights group Association for Media Development in South Sudan, that the regulator did not know if Christopher’s arrest was connected to his work as a journalist.

CPJ today attempted to contact Elijah Alier and Sapana Abuyi, respectively the chairperson and director general for information and media compliance at South Sudan Media Authority, but the calls did not connect.

When CPJ called Minister of Information Michael Makuei Lueth on two occasions, the minster indicated that he was unable to hear clearly, before the line disconnected. Makuei did not immediately respond to a subsequent text message about Christopher’s case, sent today.

Kill All Galamsey Operators Before They Kill Us By Destroyin...
12 minutes ago