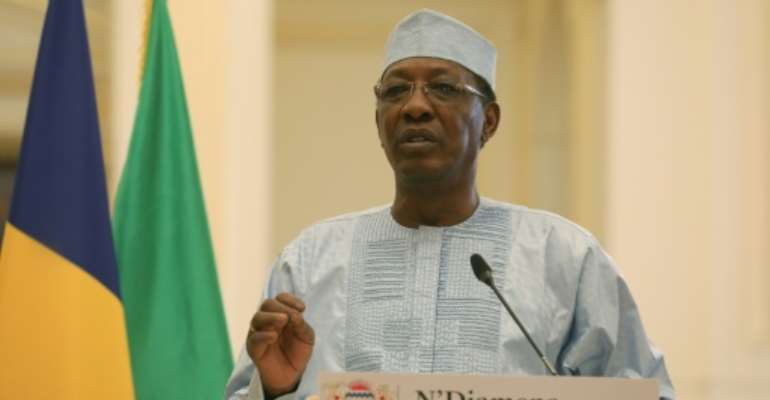 Chad's President Idriss Deby said the violence broke out in the eastern province of Ouaddie. By Ludovic MARIN (AFP/File)

At least 37 people have been killed in fresh fighting this week between farmers and herders from rival ethnic groups in Chad, President Idriss Deby said on Friday.

The violence broke out over three days in the province of Ouaddai, a strategic area on the eastern border with Sudan, he said.

"The intercommunal conflict has become a national concern," Deby told a press conference to mark the country's independence day. "We are witnessing a terrible phenomenon."

Eastern Chad is in the grip of a cycle of violence between nomadic camel herders -- many from the Zaghawa ethnic group from which Deby hails -- and sedentary farmers from the Ouaddian community.

Drought and population growth have aggravated the conflict.

The latest fighting erupted on Monday in the Wadi Hamra district after a rancher was found dead, said a local charity representative who asked not to be named for their safety. Three more killings followed that discovery, the representative said. 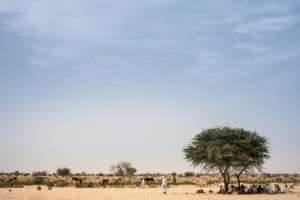 Fresh violence flared up at another nearby location the following day, a local tribal official told AFP.

"The communities clashed with firearms. The fighting was particularly deadly," the official said, saying that at least 25 people were killed.

One hospital source told AFP the death toll was as high as 44.

Describing the clashes, Deby said that police sent to the scene came under fire.

"Those with guns are not hesitating to shoot the police. We must wage a total war against those who carry weapons and are killing people," he said.

Deby said he would visit the area in the future, without saying when.

Last month Deby, who has been in power for almost three decades, hinted that military courts may be reintroduced in a bid to curb the unrest, a suggestion denounced by the country's opposition.

Deby said the decades-long conflict over land in Ouaddai had spread since the start of this year to other regions where previously the communities lived side by side in a an "exemplary" manner.

He cited the eastern province of Sila where he said more than 40 people had been killed since January.

Deby blamed the surge in violence partly on an influx of guns to Chad from conflict zones in neighbouring Libya, Central African Republic and Sudan, where a protest movement ousted the president in April.

"The government has created special disarmament units. We take away the weapons, but the next day more arrive." 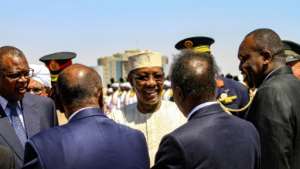 Legislative elections in Chad are scheduled to take place by the end of the year.

They have been postponed several times since 2015 as Deby, who grabbed power in 1990, looks to maintain his grip on the country.