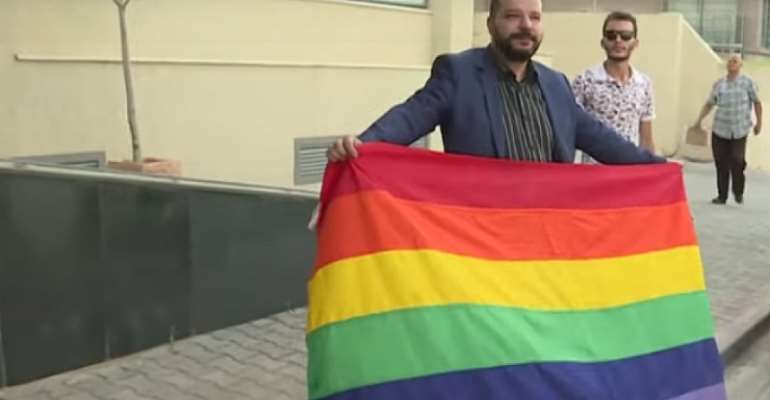 Openly gay lawyer Mounir Baatour announced on Thursday that he would be standing as a candidate in Tunisia's presidential elections in September, a first in the Arab world, but gay rights groups in the country warned that this could be dangerous for them.

His announcement is "a first which will without doubt be a benchmark in history", according to a statement from his Liberal Party. Tunisia is considered a homophobic country, especially in its criminalization of homosexuality.

"We think that Mr Baatour represents not only a threat but also a huge danger for our community," said the petition.

Baatour is the head of the Liberal Party and practices law at the Court of Cassation.

A co-founder of the Shams association, which campaigns against criminalizing “sodomy” in Tunisia, Baatour says he represents LGBTIQ rights.

“Sodomy” carries a sentence of up to three years. Baatour himself was jailed for three months in 2013 for “sodomy” with a student. He denied the charge.

Although he has a criminal record, that does not automatically dismiss Tunisians for running for office.

Baatour maintains that he is a viable candidate, and that being gay does not cancel out his ability to run a campaign that concerns all Tunisians.

"I have an economic, social, cultural and educational programme for everything that affects Tunisians in their daily lives," Baatour told Agence France Presse newswire.

It looks like Baatour will be running against Prime Minister Yousseff Chahed, who leads the Tahya Tounes party. He submitted his candidacy on Friday before the cut off at the end of the day.

Elections are slated for 15 September.