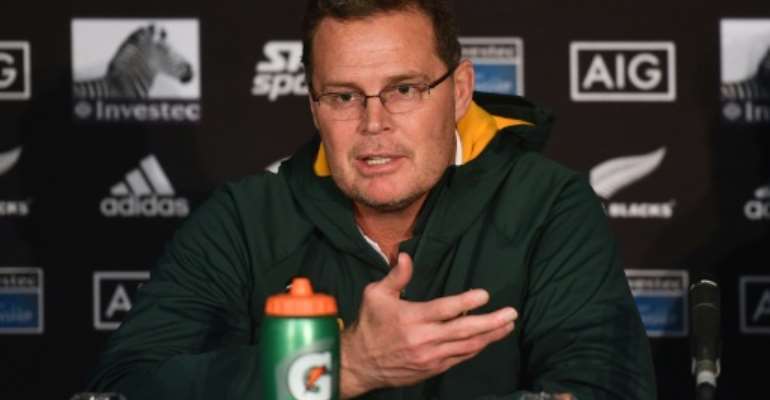 South Africa coach Rassie Erasmus believes Argentina are stronger than results suggest ahead of their Rugby Championship final round clash in Salta Saturday.

While the Springboks top the table after beating Australia and holding New Zealand, the Pumas are last following losses to the All Blacks and the Wallabies.

A bonus-point win in northwestern Argentina will ensure South Africa finish first, but Australia or New Zealand can overtake them, at least temporarily, by winning in Perth 10 hours earlier.

The Springboks have lost two of their last three Rugby Championship matches away to Argentina, who are trying to snap a seven-Test losing streak.

"We have great respect for Argentina because after bearing them in Durban last year we came here and they gave us a good hiding," said Erasmus, referring to a 13-point defeat in Mendoza.

"The match in Salta is going to be very difficult, but we must beat Argentina to win the Rugby Championship for the first time.

"I have never been to Salta so the coaches and players who went there in previous seasons have briefed me. It seems to be a tough place to leave with a victory."

South Africa have had mixed fortunes at the 20,000-capacity Estadio Pablo Ernesto Martearena, losing by two points in 2016 and winning by 18 the following season.

Erasmus says Argentina, a mix of stars from Super Rugby outfit the Jaguares and French Top 14 clubs, were unlucky in both Rugby Championship defeats last month.

"There is more to the Pumas than just the scorelines. If you look only at the results, there is a danger of being sidetracked.

"Take the home game against New Zealand, Argentina were pressing hard at the end and came very close to being awarded a penalty during the final maul of the match.

"Away to Australia, they were without (star) hooker Agustin Creevy yet came close to scoring several times.

"This is not the Argentina of a few years ago," Erasmus said of a national once famed for its scrummaging, but lacking backline creativity.

"The scrum may not be as powerful, but they are a very creative side and (coach) Mario Ledesma is building tremendous depth." 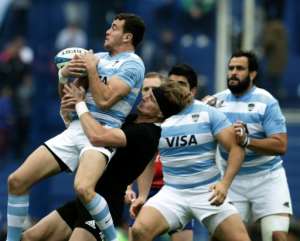 South Africa have changed the front row that started in New Zealand with Steven Kitshoff, Malcolm Marx and Frans Malherbe dropping to the bench.

They are replaced by Tendai 'The Beast' Mtawarira, Bongi Mbonambi and Trevor Nyakane, who all made a big impact when they came on during the second half in Wellington.

There are no other alterations to a side that number eight Duane Vermeulen will lead as skipper Siya Kolisi is recovering from a knee injury sustained in Super Rugby three months ago.

Julian Montoya, Guido Petti, Tomas Lezana and Joaquin Tuculet drop to the bench and Tomas Lavanini has been left out of the matchday 23.

Argentina battled against Australia at scrum time and many consider loosehead prop Nahuel Tetaz Chaparro lucky to retain his place.

"My main concern after that match was the set-pieces," admitted former Pumas hooker Ledesma. "Without quality scrum and lineout possession, it is really difficult to win Tests.

"It was weird because we did well in those areas against New Zealand the previous weekend. Perhaps tiredness played a part."