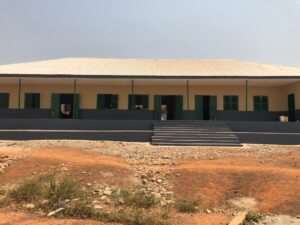 Headmistress of Kaase M/A primary school, Madam Dela Hudekpor has showered praises on Dr. Nana Yaw Boakye; a medical Doctor at the Komfo Anokye Teaching Hospital for renovating a classroom block for the school after strong winds destroyed the roof.

The Headmistress and other staff members said the building was abandoned for over a year after the roof was destroyed.

“We scurried to many prominent people in the area as well as people in authority but help did not come” they explained and added that they were forced to make do with the few classrooms available; a situation that forced caused overcrowding and distractions in the various classrooms.

“Dr. Boakye however just popped up and offered to refurbish the entire building at very huge cost. He worked closely with us and now we have a block that looks very new,” she stated.

The Headmistress called on well-meaning residents of the Ashanti region to rally to the school's support since there is still a lot to be done there. She also cited a library in the school that had no shelves nor furniture of any kind and pled with philanthropists to help the school raise its potential.

She says classroom spaces are still inadequate; a situation she explains is making academic work difficult. She pointed to an uncompleted structure that has been abandoned and wished it would be fixed for use by the school.

The Headmistress also complained about the use of the school as thoroughfare by residents due to the absence of a fence wall around the school.

Dr. Boakye tried to downplay the gesture when www.rawgist.com’s Bernard Buachi spoke to him. He explained that he saw an important problem that was not being solved by the people who are empowered to solve it and decided to take a step to salvage the situation.

He challenged individuals to take action instead of complaining when things go wrong. He promised not to rest on his oars but continue to take steps to improve the lives of the residents of the area. 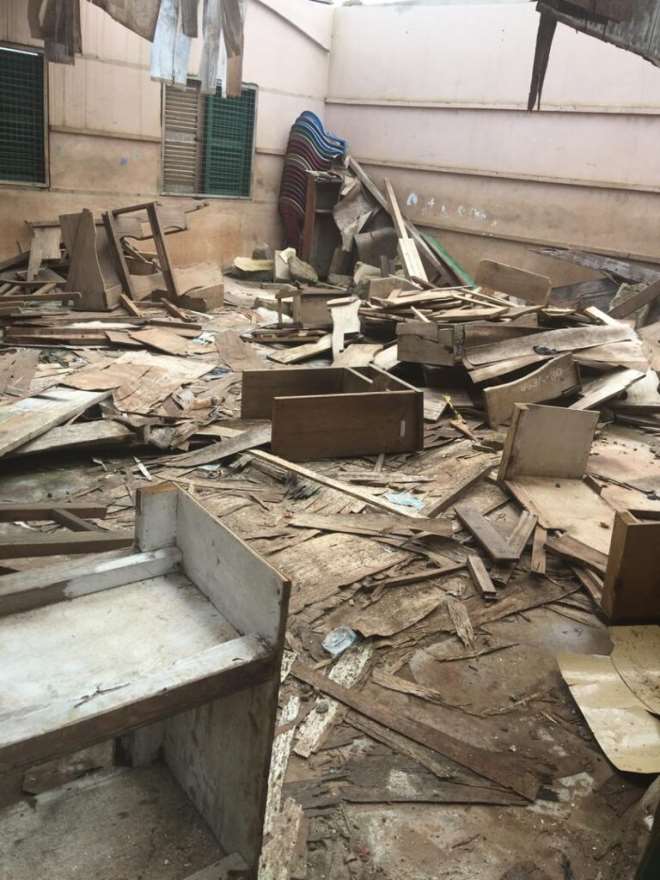