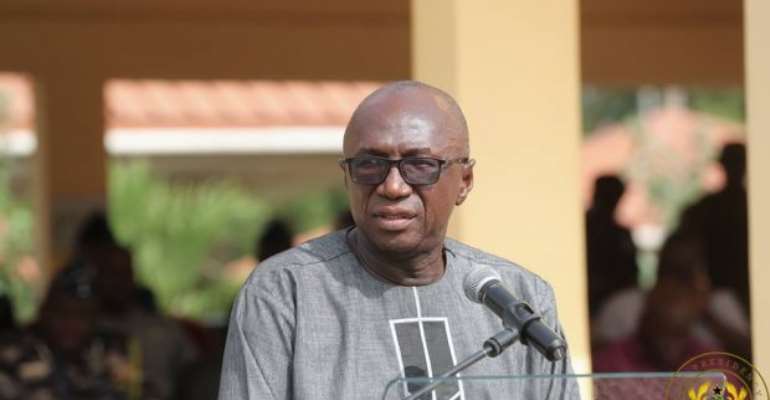 President Nana Addo Akufo-Addo has declared Monday, August 12 as a public holiday to be observed throughout the country.

According to a press release signed by the Minister of Interior, Ambrose Dery, this is because ‘Eid-ul-Adha’, an Islamic festival commemorated nationwide in Ghana falls on Sunday, August 11.

"However, in view of the fact that 11th August 2019 falls on a Sunday, His Excellency, the President of the Republic of Ghana has by Executive Instrument (E.I), declared Monday 12th August, 2019 as an additional Public Holiday to be observed as such throughout the country," the statement said.

Eid-ul-Adha is an Islamic festival to commemorate the willingness of Ibrahim (also known as Abraham) to follow Allah's (God's) command to sacrifice his son.

Muslims around the world observe this event.

Below is the full statement from the Interior Ministry: 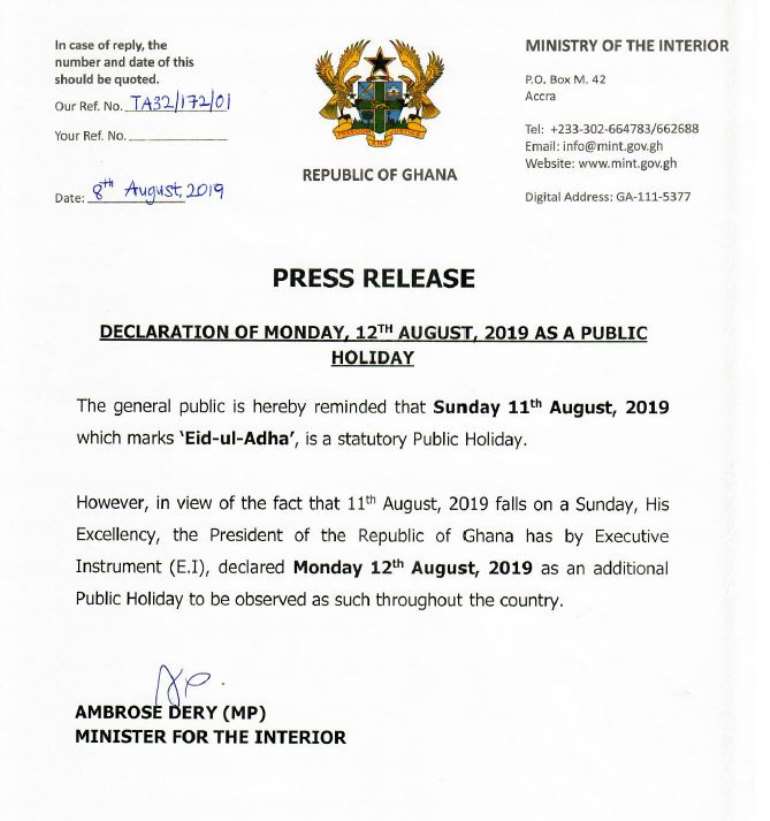