Sudan soon off terror list? US’ Nagy says that is the “dream” 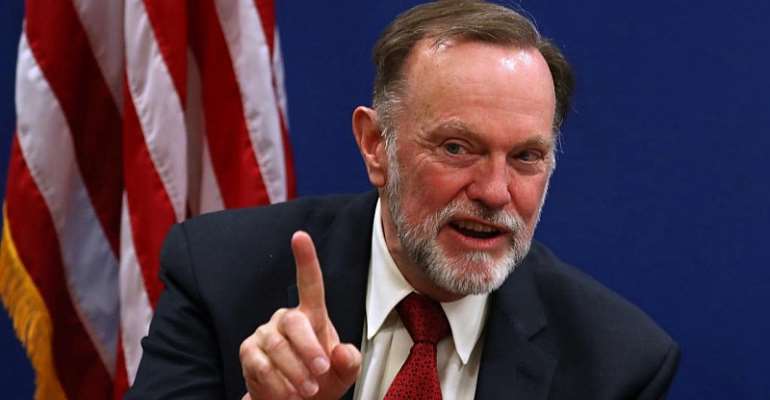 Sudan's hopeful transition to democracy could be its way off the United States' list of state sponsors of terrorism, according to Tibor Nagy, the US undersecretary of state for African Affairs. He shied away from giving a timeframe as to when this would occur.

“Our goal is, and our dream is, that we will have fully normal relations with Sudan at some point,” Nagy told RFI correspondent Sidy Yansané on the sidelines of the recent African Growth and Opportunity Act (AGOA) summit in Cote d'Ivoire's economic capital, Abidjan, where he also spoke to RFI about the Democratic Republic of Congo and the G5 Sahel Force.

He is referring to the power of the protesters in Sudan, whose ongoing demonstrations for civilian government enabled the ouster of dictator Omar al-Bashir in April. The opposition is now in African Union and Ethiopian-backed talks in order to create a transitional government.

“As soon as the transition begins, we will evaluate it and we will decide when is the right moment, and with whom we will engage to begin to eliminate the state-sponsored terrorism title,” added Nagy.

Sudan is the only African country on the US State Department banned list of state-sponsored terrorism, a position it shares with North Korea, Iran, and Syria.

US supports DRC's President Tshisekedi
Nagy was much more sanguine concerning recent events in the Democratic Republic of Congo, however. After a seven-month stalemate between political parties, including the FCC coalition of former president Joseph Kabila, President Felix Tshisekedi's government will reportedly have 65 members 23 from his own camp, and 42 from Kabila's coalition, which is the current majority.

“All if this has to be a negotiation… and we believe he is doing the best he possibly can within the limitations,” said Nagy, speaking of Tshishekedi's constitutional limits as president.

“What President Tshisekedi is doing, we're very positive about it, we want to support him because we want him, we want the DRC to succeed, for the Congolese people to finally, finally able to share some of the riches of one of the richest countries on earth,” he added.

G5 Sahel Joint Force funding
The US is currently trying to scale back funding UN peacekeeping initiatives put forth by African countries. Nagy told RFI that the US is one of the largest financers of the G5 Sahel Joint Force that combats terrorism in the Sahel, contributing 98 million euros to the program.

“We think that the G5 mechanism is ideal, it is exactly the right way to address a regional terrorist issue, such as it is, but we believe that there are enough donors willing to contribute to this,” he said.