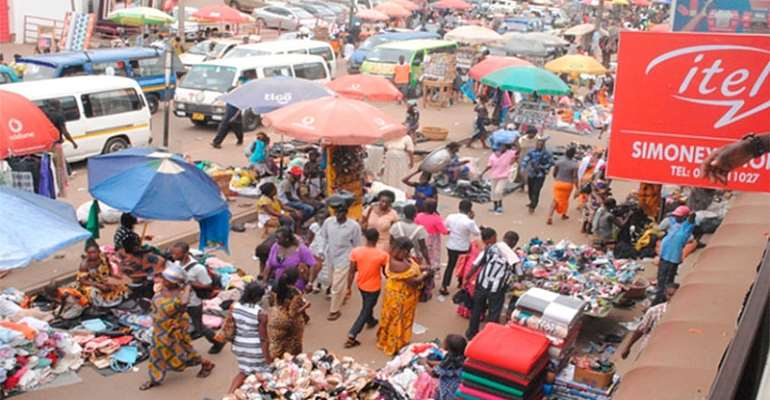 It's very nauseating to see some government appointees and even some offices try to appear as if they are for development but in reality it's the otherwise.

Youth for development on our expedition to help mother Ghana visited one of the busiest central business district (CBD) in the heart of the capital of the Ashanti region, "ASAFO" (popularly called Asafo market) and it was a bizarre experience.

The place has gradually become a 'morge for refuse' and a stinking hub.

The damning issue that prompted us was a gutter at the mouth of the overhead (popularly called rails 'so'), behind this open gutter is a mini city for fish and meat sellers.

We were totally dazzled by the activities performed at the place. Just beside the open gutter (about one metro) is a mini food vendor (chop bar).

Who is to be blamed?

This place is surrounded by not less than 50 to 70 mighty business ventures. A few metres from this mess is the Ghana COCOBOD, VIP transport company and some well known and patronised food joints in the region to mention but a few.

Fast forward, this area (Asafo) if not for any reason can be said to be the largest revenue contributor to the region looking at the flood of businesses in the area.

Some government institutions and offices are to be blamed and even closed down if they are unable to keep up to their tasks.

The Kumasi metropolitan assembly has failed big time on the issue of sanitation in the area as we wonder if they are even aware of such a situation.

It would not be surprising to hear the place has no Chief Executive but let's guess it does.

The assembly has also failed in improving sanitation albeit the huge taxes imposed on market women, 'kayaye' and even water sellers.

The whole case hangs on the regional minister (Hon. Simon Osei Mensah), whose assumption into office is spanning to 4years but no proper development has been seen so far as sanitation is concerned.

On top of the anaemic sanitation challenges, the area is now a den of thieves and drug peddlers.

As we call on the responsible authorities to address the sanitation challenges, we equally call on the security services to move in and drive away these incessant criminals.
"Cleanliness is next to godliness "
#Lets keep the garden city clean.