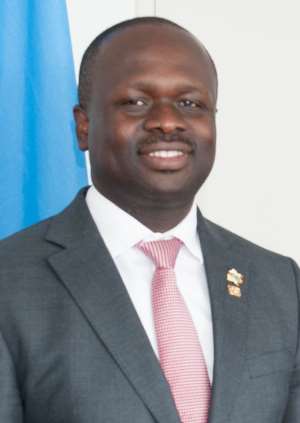 Former Communications Minister under the National Democratic Congress government Dr. Edward Omane Boamah has called out the incumbent Vice-president Dr. Mahamoud Bawumia for riding on the sweat of His Excellency John Dramani Mahama.

Dr. Omane Boamah made this statement with regards to discussions on Broadband expansions.

In a tweet sighted by modernghana.com, the Former Minister stated that the then President John Dramani Mahama invested in broadband to boost E-services in the country.

The Vice-president has been creating impressions that the ruling New Patriotic Party led by Nana Addo Dankwa Akufo-Addo has enormously improved E-services for Ghanaians which according to Dr. Edward Omane Boamah is a fallacy.