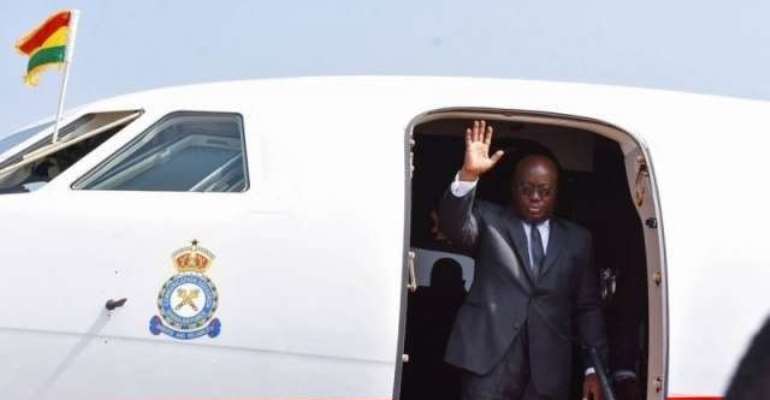 President Akufo-Addo, left Ghana on Thursday, 8th August, 2019, for 2-day official visit to the Republic of Angola, at the invitation of President João Manuel Gonçalves Lourenço.

The visit, the first by a Ghanaian President, is aimed at deepening and strengthening the ties that exist between the two countries, as well as exploring possible areas of co-operation for their mutual benefit.

Whilst in Angola, President Akufo-Addo will hold bilateral talks with his Angolan counterpart, and address a special sitting of the National Assembly.

President Akufo-Addo will return to Ghana on Friday, 9th August, 2019, and in his absence, the Vice President, Alhaji Dr. Mahamudu Bawumia, shall, in accordance with Article 60(8) of the Constitution, act in his stead.