The Survival Of The Kalahari Bushmen At Risk 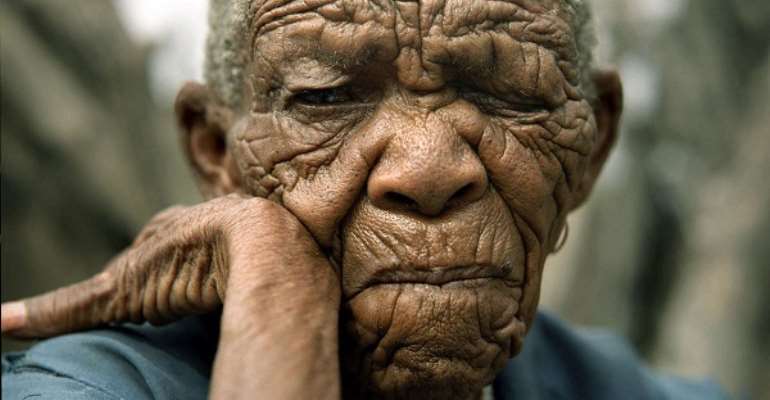 A Bushwoman thinks of her future

Among the vast and endless red dunes of the Kalahari desert, in the heart of southern Africa, within the countries of Botswana, Namibia and South Africa, are one of the most fascinating and ancient populations on the continent, better known as the Bushmen.

They are a nomadic indigenous group of hunters, gatherers who have lived in the desert territories of southern Africa since the upper paleolithic.

Over the course of its thousand-year history, a truly fundamental group characteristic has emerged, the incredible ability of the Bushmen to adapt how to survive for a long time in one of the most inhospitable places with the least resources on earth.

Their great merit was to study and fully understand the scarce sources of life available to be able to exploit them in the best possible way.

The Bushmen are in fact famous for having complete and rigorous knowledge of the flora and fauna of the Kalahari, combined with an equally deep bond with the entire natural habitat with which they live in perfect harmony.

However, this idyllic balance between man and the environment and the ultra secular history of the people are strongly threatened by a series of events that in more or less recent times have seriously endangered people. 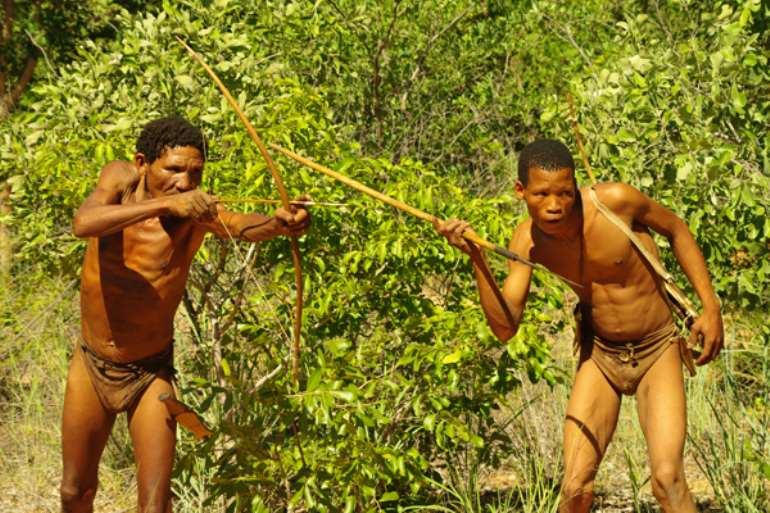 Bushmen go hunting
The beginning of their decimation coincided with the arrival in the area of ​​other indigenous African groups first, particularly sedentary Bentu and Hottentot farmers, and then Boer breeders, who have either driven the Bushmen from their ancestral lands.

They are now forced to integrate with a newly formed system imposed by force, quite different from the traditional one which the group had been used to for centuries.

The real reason for the government plan is recent diamond discoveries in some areas where the natives were allocated, the proceeds of which represent the state's main source of income.

The Bushmen, despite having undertaken a legal battle in court against the government, is now an ethnicity without land at oblivion risk. Many fear that when the current generation disappears, the Bushmen will remain cut off from their land forever.

These are people who have lived in the desert for decades, longer than any generation, know the earth as the palm of their hands. They were uneducated yet know about the weather and the environments like a geographer.

During hunting, when thirsty, they know where they have stored water in ostrich eggshells under the ground to drink. They know how to light a fire without matches and have knowledge of each animal, plant, and tree like one that has studied to be a botanist. 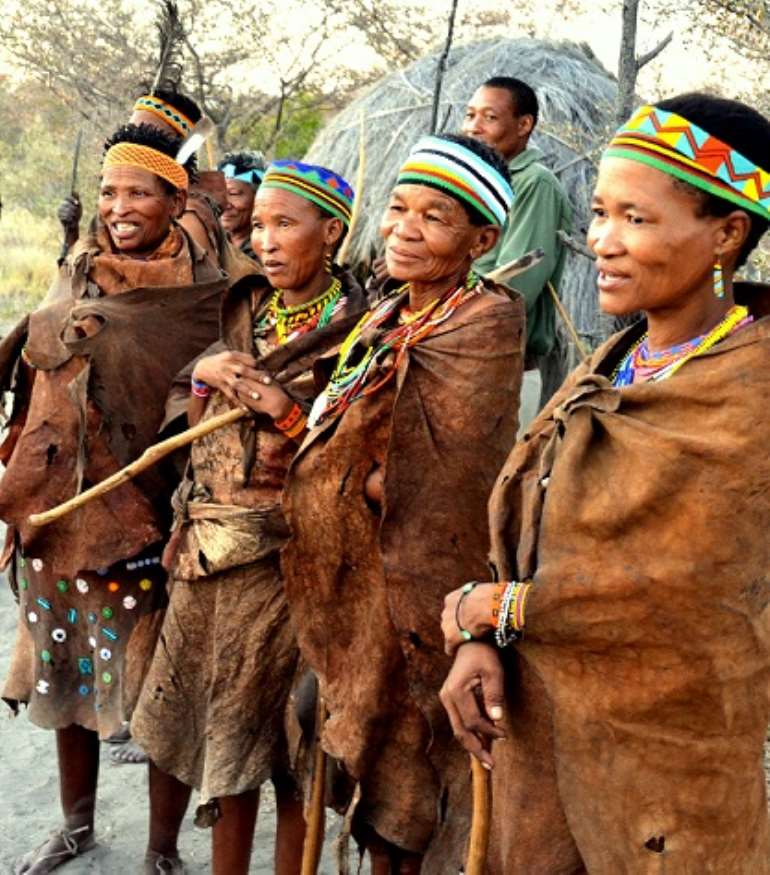 The Kalahari Bushwomen
The Bushmen no longer live in peace. They have destroyed their villages, closed water wells and forced from the desert to resettlement camps.

Greed can't force a government to treat people in this manner because the ancestral lands of the Bushmen, their archaic society and their lifestyle, constitute the last spark of a world that no longer exists; therefore, it’s important to be protected.