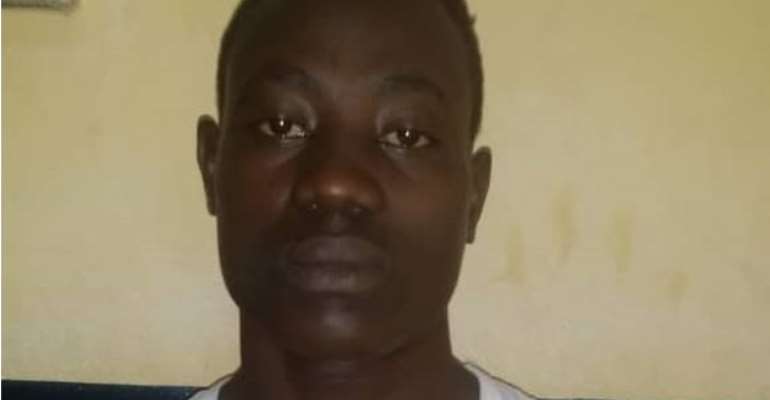 The police at Neoplan Station, near Kwame Nkrumah Circle, Accra, have picked up a 30-year-old man for allegedly killing his friend during a heated argument.

The deceased, yet to be identified by the police, was stabbed with a sharp knife in the neck at a spot near the Victory Hotel around 8pm on Sunday night by the suspect named by the police as Fuseini Shamsudeen.

The deceased, who was wearing a pair of red trousers and a black cap with an orange T shirt and a white singlet, died on the spot and his body has been deposited at the Police Hospital morgue for autopsy.

She said the police received information about the incident around 8:20pm on Sunday and added that about five men brought the suspect to the police station.

DSP Tenge said the police together with the suspect and the complainants returned to the crime scene and found the male adult of about 30 years lying dead in a supine position with blood stains all over his body.

“When the body was inspected by the police, it was discovered that there was a deep cut on the left side of the deceased's neck with blood still oozing from the cut,” the police officer narrated.

“We are still investigating the matter and will reveal the identity of the deceased when we get in touch with the family,” she added.