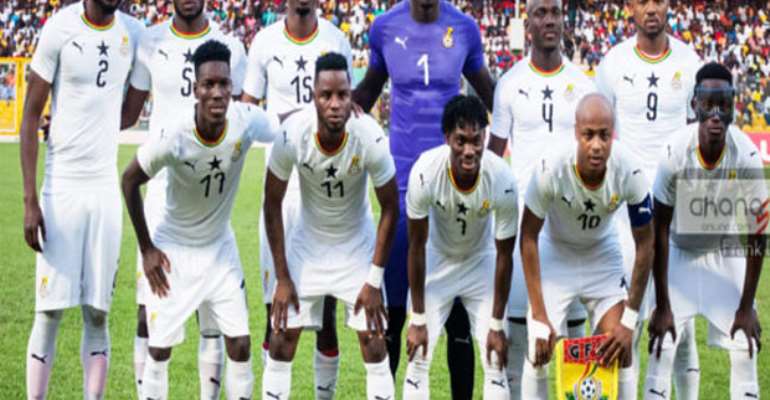 The lackluster performance of the Black Stars leading to their early exit from the recent AFCON competition has caused much pain to many Ghanaians because the Black Stars' performance was a disgrace to the nation.  Many lovers of the game are disappointed not because we did not win but the standard of football displayed shocked everyone.  The team lacked discipline, the fighting spirit, stamina and ideas in front of the goal posts and Ghanaians need no expert to tell them that the selection of the team and preparation towards the competition was a total waste of our time and resources.  Ghanaians love football but unfortunately those at the helm of affairs seem to love the benefits (dollars) associated with managing the affairs of the Stars more than the results they produce.  The performance and the stories that usually emerge after every competition clearly demonstrate that all those who are associated with the management of football lack discipline and commitment to perform the functions entrusted to them.  We pride ourselves for having won the title four times, but that was when many African countries were learning how to kick that leather ball approximately 37 years ago and our current performance shows how badly we have deteriorated over the years.  Watching unknown Madagascar in African football, their teamwork, stamina, speed and playing skills justify the money spent on them. We cannot say the same in the case of the Black Stars.

I may sound a bit harsh but like many Ghanaians, I am so hurt and sad to see talents of young footballers in Ghana being wasted simply because those who do the selection are either blind or seriously inept and corrupt.  The talent displayed recently in the local derby between Asante Kotoko and Hearts of Oak at the Kumasi Sports Stadium confirmed that we have enough talent in the country to do the job.  Money has not been the problem because in the past, irrespective of which party has been in power, being sensitive to the Ghanaian love of the game, past Governments in the midst of the economic difficulties, have provided adequate financial support to the Stars in every major competition.  From Brazil World Cup in 2014, where a private jet was chartered to fly the Stars' allowances, to the recent 'hi-tech or tourist' training in Dubai, none of the officials can complain about financial support.  Sadly, in all cases they failed to justify the monies spent and nobody dares sanction them and they go home happily having pocketed their juicy allowances whilst the rest of us 'develop hypertension.'

The search for talents is the sole responsibility of the coaches but sadly, some of them prefer 'foreign' players.  The question is how many 'foreign' players participated in the teams that won the Black Stars the four Championship titles?  The practice of spending thousands of dollars to scout foreign countries for players and wait for some few weeks to a major tournament, assemble them for some cosmetic training and flying them to participate in the competitions has been the major cause of our downfall.  The training periods have been too short for players from different clubs to understand each other and therefore the Stars do not play as a team.  The commitment of some of the players from abroad has always been doubtful simply because they do not want to incur injuries that may affect their professional careers and consequently they play below form. The services of some of the 'foreign' players will always be needed but when we talk about commitment, the local players are always better.  Besides, we can only replace aged players with local players and therefore if we ignore the performance of local players, the future of the Stars is doomed.  We should be mindful that football is a dynamic game and belongs to the youth and we can only find the youth locally and not in foreign lands.

The Black Stars have had three other problems, namely, strikers, 'penalty taking' and coaching over the years.  Over reliance on Asamoah Gyan as a permanent striker is mainly because there are no other strikers that can easily replace him.  Why our Coaches have failed to find substitutes in the past beats my imagination.  There is a Ghanaian called John Antwi Duku who plays for El Ahly in the Egyptian League, and currently the leading goal scorer.  Why the Coach did not invite him to join the Stars is difficult to understand.  If we do not expose the inexperienced when will they become experienced?  We have used Jordan Ayew in the past in many positions but as a striker, he has failed to prove that he can effectively replace Asamoah Gyan.  The Black Stars inability to score goals in recent times is a big dilemma and the solution lies in finding a good striker.

On penalties, the sad story is that Ghana has been in five abortive finals in 1968, 1970, 1992, 2010 and 2015 and three of these finals were lost on penalties.  Ghana was kicked out of the just ended AFCON competition through a penalty.  Asamoah Gyan's penalty failed to register Ghana as the first African country to reach a semi-final in a World Cup tournament in South Africa in 2010. These facts are enough to put fear in any Ghanaian player selected to take a penalty in any competition and the earlier we find the solution to this psychological menace the better.

Coaching is the key to success of any team in any competition and therefore hiring and firing of Coaches is a common practice throughout the World.  In Ghana today, we are debating whether to fire Coach Akwasi Appiah or to retain him.  To me the Coach should be judged on the opportunities offered him vis- a-vis his performance and nothing more.  Being a Ghanaian is not a factor because even United Kingdom that introduced the game of football goes beyond its boundaries to hire Coaches from other nations simply because the end justifies the means. The Coach was fired after the Black Stars' disaster in the World Cup in Brazil, 2014, was given another chance to prove himself in AFCON- Egypt 2019 and the results have been disappointing. Do we need a Tsunami before he is fired?  The major problems facing the Coach are twofold namely, indiscipline in the team since most of the 'foreign' players do not respect him and political/local interference.  The second problem will affect any Ghanaian Coach because of the inherent weakness in many Ghanaians to resist influences by politicians and people in high positions.  I think the time has come to appoint a new foreign coach to select competent local players to form a new team, instill discipline, strength/stamina and change 'the no win' mentality.  To retain the Coach as a justification of impending major competitions is very dangerous because the team may not qualify under his tutelage.

Currently, to beat teams like Egypt, Nigeria, Algeria, Madagascar, Uganda etc, one needs a team with abundant skills, tremendous speed and stamina. These nations did not achieve these overnight and we need to plan the development of our football from the scratch. The first is the infrastructural development at every district, which the current Government has started.  To make good use of the facilities, coaching and competitions for under 12 years, 17 and 20 must be instituted in every District and culminating in  Regional and national competitions. We also need to strengthen our local League and some financial subsidies must be provided to assist them in developing the game. Equipment such as football boots, canvas shoes, footballs, gloves etc. subsidized, must be made available to all Districts and lower division clubs to encourage them to develop the sports. Incentives such as scholarships must be awarded to talented players not only to pursue their education but to build their confidence in the sports. If we plan well Ghana can present a new youthful locally based team with few selected 'foreign' based players to the next AFCON competition. This will enable us train them for longer periods as against the current wishy washy training schedules.

Planning is the key to success in any human endeavor and if you FAIL to plan, you plan to FAIL.  We need a deliberate plan to break the jinx otherwise we will remain where we are for a very long time to come. The standard of football in the Continent is on the rise whilst that of the Black Stars is on the decline.  We need good planning, commitment and resources to extricate our game from the current deplorable state.