Cocoa Farmers Schooled On Ways To Improve Yields At Bechem 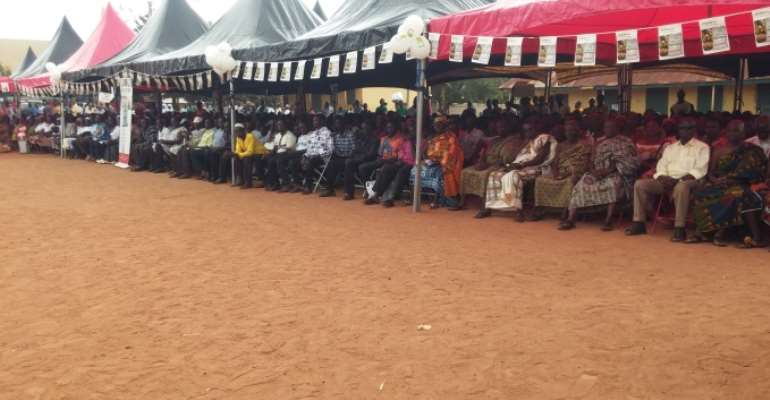 The cocoa farmers’ associations in Ahafo Ano North East, Ahafo and Bono Regions converged at Bechem in the Tano South Municipality to receive education on the application of fertilizers, methods of controlling pest and disease and other farming practices.

In a short but impressive address, Mr Amakyi Dede, the Bono Regional Cocoa Health Extension Officer thanked all those who came from all walks of life to attend the programme and hinted that since cocoa farmers play a significant role in the economy of Ghana, there is the need for them to be educated on good farming practices to ensure they obtain high yields. He said fertilizer subsidy had been enjoyed by farmers over the years and stressed that government under the leadership of His Excellency Nana Addo Dankwa Akufo-Addo had also subsidized fertilizers’ price where cocoa farmers are allowed to pay 20% instant price per a bag of fertilizer and pay the rest of money during the minor and major cocoa farming seasons.

Mr Amakyi said government would find it difficult to identify challenges of individual farmer and urged them to form cooperative society and submit their grievances holistically to government and informed them also to follow all farming practices which would be given to them by the extension officers.

The MCE for Tano South, Hon. Collins Offinam Takyi said the Mass Cocoa spraying exercise was introduced under the leadership of former President John Agyekum Kuffour and hinted that the programme had been sustained over the years by successive governments. Hon Takyi said His Excellency Nana Addo Dankwa Akufo-Addo, the President of the Republic of Ghana had also introduced pollination exercise to augment the existing programmes to make farmers obtain higher yields during the cocoa farming seasons. He said Ghana and Cote’ De’vore produce many tons of cocoa and that matter; His Excellency Nana Addo Dankwa Akufo-Addo had planned to collaborate with Cote’ De’vore President to set cocoa price to address the current cocoa price which had recorded significant drop in the world market.

Hon Benjamin Yeboah Sekyer who is the deputy Minister for Ahafo Region and MP for Tano South Constituency used the occasion to catalogue some of the achievements of government and reiterated that government under the leadership of Nana Addo Dankwa Akufo-Addo would continue to distribute national resources equally and equitably to all MMDA’s to make authorities execute the needed projects aimed to improve the living standards of the rural folks and urged farmers also to form association to make them to be identified and provided with farm inputs by government.

Nana Fosu Gyeabour Akoto II, the Omanhene of Bechem Traditional Council who chaired the programme urged government to support farmers with the necessary farm inputs and stressed that the availability of farm inputs will help farmers to cultivate their lands throughout the year to produce more food to feed the country. 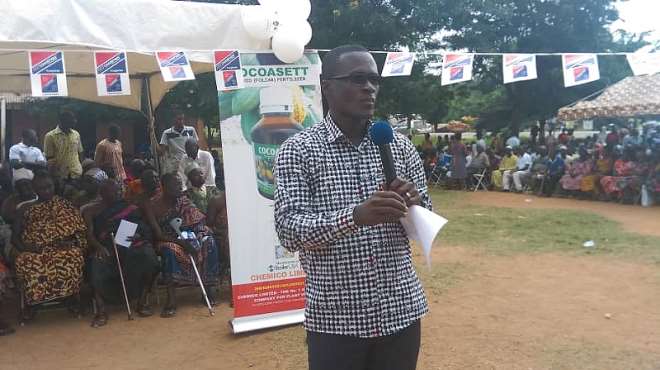 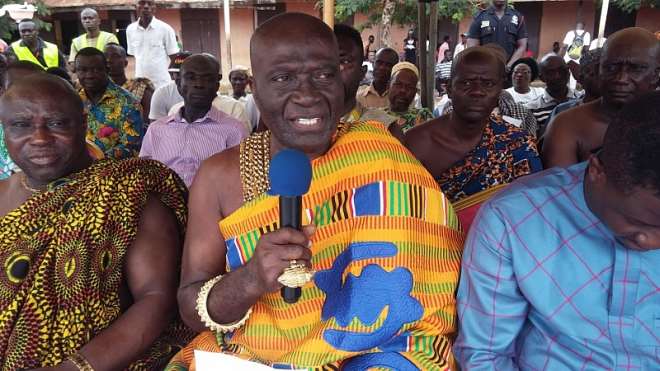 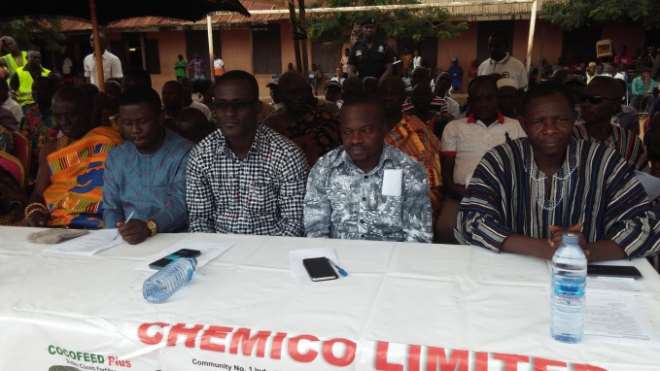 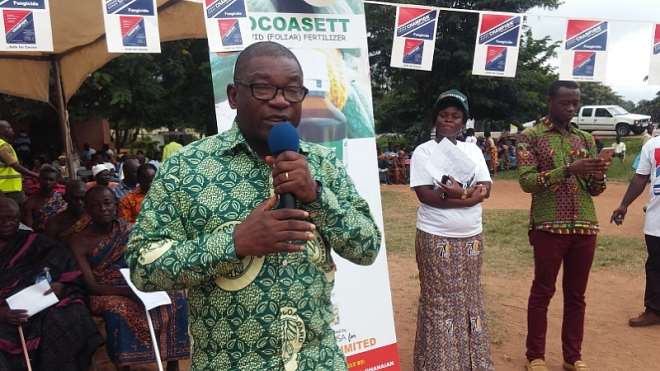