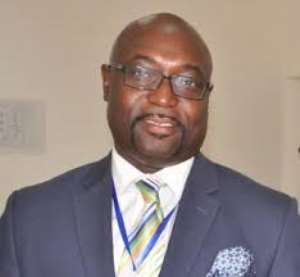 The Africa Center for International Law and Accountability (ACILA) says government is not doing enough to seek justice for the 44 Ghanaians who were murdered on the orders of Yahya Jammeh, ex-president of Gambia, in 2005.

ACILA’s Executive Director, William Nyarko, said although it was reassuring to hear the Minister of Foreign Affairs and Regional Integration, Shirley Ayorkor Botchwey say President Akufo-Addo was one hundred percent committed to seeking justice for the 44 Ghanaians, ACILA’s research and monitoring of actions by government in Ghana, Gambia, and Senegal showed that government is not doing enough to seek justice for the 44 Ghanaians.

Nyarko said since May 2018 when Human Rights Watch and TRIAL International provided new information alleging Jammeh ordered the killing of the Ghanaians and the public confessions last week by two Gambian soldiers who participated in the killing of the Ghanaians saying they killed the Ghanaians on the orders of Jammeh, the Government of Ghana had not taken concrete steps such as opening an investigation; establishing meaningful contacts with the government of Gambia and Senegal; contacting the families of the victims in Ghana, or completing and informing the public about the outcome of its review of the request to re-open the investigation into the killings, which government had promised it had been undertaking since May 2018.

Minister of Foreign Affairs and Regional Integration, Shirley Ayorkor Botchwey said yesterday government was very much interested in seeking justice for the 44 Ghanaian migrants who were killed in the Gambia in 2005.

Speaking at the Meet-the-Press series, Ayorkor Botchwey said President Akufo-Addo is one hundred percent committed to ensuring justice for the victims, adding the Minister of Justice and Attorney General is working on the matter of the killing of the 44 Ghanaians in the Gambia

‘….the matter [the killing of the 44 Ghanaians in the Gambia] is with the Attorney General of Ghana and she’s looking at it and she has had a meeting with her counterpart in Gambia so it is not a closed matter at all…But I can tell you that we are taking the matter very seriously because one murder of a Ghanaian is one too many.”

Last week, two Gambian soldiers working for a hit squad controlled by former President Yahya Jammeh on Tuesday admitted to participating in the 2005 execution of 56 West African migrants, including 44 Ghanaians on the orders of Jammeh.

Lieutenant Malick Jatta and Corporal Omar A. Jallow revealed to Gambia’s Truth, Reconciliation and Reparations Commission (TRRC) that the migrants were executed by the “Junglers” squad, a paramilitary force that took orders from Jammeh, across the Gambian border in Senegalese territory

“We were told they were mercenaries,” Jatta said, adding that he shot and killed one of the migrants. “I heard people shouting in the forest saying ‘save us Jesus.’”

Jallow told the TRRC that Lt Col Solo Bojang, the leader of the operation, told the men that “the order from Yahya Jammeh is that they are all to be executed.”

The confessions by Jatta and Jallow corroborate findings in a May 2018 report by Human Rights Watch and TRIAL that the migrants were murdered by the “Junglers.”

Jammeh has always denied involvement in the killings. “The testimony of Jammeh’s henchmen confirm that the migrants were murdered by paramilitary death squad taking orders from President Jammeh,” said Reed Brody, counsel at Human Rights Watch.

“It is now time to get to the bottom of Jammeh’s responsibility.” Jammeh is currently in Equatorial Guinea, where he sought exile after losing the 2016 presidential election to Adama Barrow.

Jammeh’s rule was marked by widespread abuses, including forced disappearances, extrajudicial killings, sexual violence, torture and arbitrary detention. Jatta said after killing one migrant, he saw another of the migrants running to hide at a distance of about 20 meters from him.

“I can say I saved this person. If I wanted to kill him, at 20 meters sir, I will not miss my target,” Jatta told TRRC Chief Counsel Essa Faal.

It is possible that Jatta was referring to the one survivor of the incident, Martin Kyere. Kyere had dodged gunmen’s bullets after jumping from a truck that was carrying the detained migrants before the Junglers killed them.

Following publication of the Human Rights Watch and TRIAL report, the government of Ghana said it was weighing re-opening its investigation into the July 2005 massacre.

One year later, however, the government has taken no action.

A coalition of Ghana groups, led by the former Head of the Ghana Commission on Human Rights and Administrative, CHRAJ, Justice Emile Short, has called on the government to “expedite actions, steps; legal, political, diplomatic to make sure justice is served.”

The survivor, Martin Kyere, reacted to today’s news by calling on the Ghana government to move forward with the investigation.

“We want our government to say, yes, it is time to find justice for the 44 people who were killed,” said Kyere.

In addition to Ghanaians, the massacre victims included citizens from Nigeria, Senegal, Togo, and Côte d’Ivoire.

On Monday, Jatta had confessed to involvement in 3 executions, including the killing of journalist Deyda Hydara in 2004.