Martin Amidu Writes: The OSP Has No Jurisdiction To Investigate Financial And Ecomomic Crimes – The PDS Case 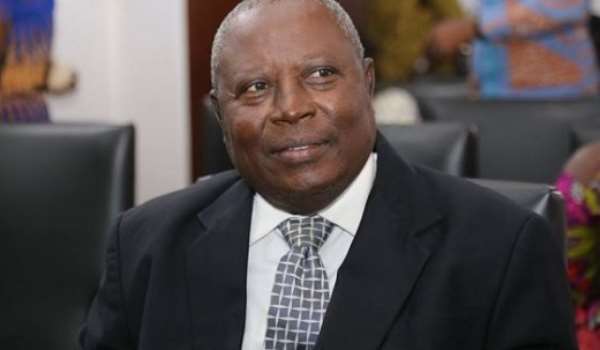 The past week has seen a situation where the jurisdiction of the Office of the Special Prosecutor has, probably with all good intentions, been misrepresented, to the public and creating in their minds the belief that the Office has power to investigate and prosecute fraud, and generally financial and economic crimes. Such continued misrepresentation of the jurisdiction of the Office to the public is responsible in part for the acceptance by some members of the public that the Office is not meeting the expectations for which reason they advocated for its establishment and the appointment of the Special Prosecutor.

I have at a number of fora both locally and internationally endeavoured to underscore the very limited jurisdiction apportioned to the Office of the Special Prosecutor under section 79 of the Office of the Special Prosecutor Act, 2017 (Act 959). My personal website contains postings on my efforts to educate and to lower the expectations of the electorate as to how parliament curtailed the plentitude of the powers of Office set forth in the body of Act 959 in the interpretation section 79 of the Act. Nonetheless for some reason of trust, maybe, some members of the public have not read the interpretation section of the Act; and many ordinary people will rather look at the enacting sections and believe that the Office ought to be able to prosecute certain other offences and translate such wishes into a perception that the Office has the jurisdiction to do so in fact.

I have followed closely the discourse in the print and electronic media since the announcement on Tuesday 30th July 2019 through the Ministry of Finance and the Electricity Company of Ghana (ECG) Limited suspending the concession agreement with the Power Distribution Services (PDS) Ghana Limited. The Government is said to have initiated an enquiry into the circumstances leading to the non-fulfillment of conditions precedent to the full operationalization of the agreement by the PDC. (See Graphic Online of Saturday, 3rd August 2019 on Ghana Web).

The Ghana News Agency also reported on Ghana Web on Saturday, 3rd August 2019 that the Minority in Parliament has called for the annulment of the concession agreement on the ground that “it is highly inimical to Ghana’s power sector”. It is also reported to have charged the Government to ensure the refund of all monies appropriated by PDS in full with interest through, what it describes as, this fraudulent scheme and their collaborators.

The Ghana Web of Sunday 4th August 2019 also carried a Graphic report that the Embassy of the United States of America (USA) in Ghana has stated that: “The U. S. Government strongly encourages the Government of Ghana to conduct a thorough forensic audit into claims of fraud in order to fully establish the facts of the matter” regarding its contract with Power Distribution Services (PDS).

On Sunday, 4 August 2019 my anti-corruption crusader colleague, friend and member of OccupyGhana was reported on Ghana Web to have said, I believe inadvertently, on Citi FM that: “If you really want to get to it, the contracts around the energy sector are probably what Amidu should be paying attention to because that for me is where the fraud is.”

Just yesterday, 6th August 2019 I read, here in Ouagadougou, on Ghana Web that the Good Governance Advocacy Group Ghana (GGAGG) was petitioning “the Office of the Special Prosecutor to investigate the circumstances leading to the suspension of the Power Distribution Services concession agreement”. It wants the Office to investigate and prosecute fraudulent activities or supervision over corruption, nepotism, cronyism, favouritism and usurpation of another Minister's powers.

The truth is that section 79 of Act 959 severely restricts the jurisdiction of the Office of the Special Prosecutor to fight corruption and corruption-related offences in Ghana unlike in other countries that are fully committed to and adhere to their obligations under the United Nations Convention against Corruption, the African Union Convention on Preventing and Combating Corruption, and the ECOWS Protocol on the Fight against Corruption in their domestic anti-corruption legislations. The ruling of the High Court in the case of the Republic v Ayariga and 1 Other, 17th July 2019, High Court, Accra, (Unreported) underscored the point I have made on the remit of the Office to a limited extent only based on lack of detailed particulars and should be a guide to the public: I annex a scanned PDF of the ruling as a separate attachment to this paper for educational purposes.

I have severally explained why the Office of the Special Prosecutor cannot investigate the alleged commission of offences contained in any draft or final 1999 Forensic Audits of SSNIT reports by an alleged Minister in the Government, the Senior Minister’s Forensic Audit reports, the recent Bank Scandals, and the BOST allegations which do not point directly to the suspected commission of corruption and corruption-related offences.

I wish to repeat hereunder portions of my presentation to an international workshop of Auditors in Accra, Ghana in September 2018 on “The Role of the Special Prosecutor in Strengthening Accountability for Public Funds” – “the jurisdiction of the office” - and hope that it helps well-meaning Ghanaians not to continue to create the impression that the Office can be a knight errant roaming at will in search of its own ideals of crimes it wishes to investigate and prosecute. It cannot go outside its remit unless Section 79 of Act 959 which deliberately narrowly defines corruption and corruption-related offences is amended to make it consistent with international conventions on corruption, which Ghana has voluntarily ratified and to which it is a party. The shorter version of my paper was posted on my website – martinamidu.com - on 26th September 2018:

“Jurisdiction of the Office

There is the perception out there amongst the populace that the Office of the Special Prosecutor can investigate and prosecute any criminal offence under the laws of Ghana. Granted that more than 65% of the population may not be able to read and properly understand the Office of the Special Prosecutor Act, the problem is compounded when persons, civil society and political organizations which ought to know better choose to petition or complain to the Office on matters which have nothing to with corruption and corruption-related offences.

Worse of all, these enlightened persons and organizations appear to be petitioning the Office more for media publicity and political point scoring than pursuing genuine complaints against adversaries. Their modus operandi is to write a letter, petition or complaint, have it published in the media long before submitting or posting the complaint to the Office. The object of such persons and organizations is not to seek a fair and impartial investigation and prosecution but to do maximum damage to perceived political opponents even before they can be investigated. It is a type of mob lynching which no reasonable and impartial law enforcement agency should be used for. Every citizen is entitled to the constitutional right to be presumed innocent and not to be presumed guilty and tried by public opinion before a determination even to commence investigations commences.

An analysis of the above shows that out of the ten offences listed from the Criminal Offences Act, six of them are misdemeanours, two are felonies and the two are unclassified. The balance of criminal offences in the Criminal Offences Act which have not been apportioned to the Office deal with several felonies to be investigated by various law and order enforcement agencies under the Inspector General of Police, the Director-General CID, the Executive Director Economic and Organized Crime Office, the Director of the Bureau of National Investigations, the Director-General of the Ghana Immigration Service, The Executive Secretary for the Financial Intelligence Center, the National Security Co-ordinator, the Director of Public Prosecutions, and many others.

It may be useful to amplify briefly the corruption and corruption-related offences apportioned for investigation and prosecution by the Office. The following are the offences created under Act 959:

The jurisdiction of the Office of the Special Prosecutor is therefore strictly provided for under the Act. It is more restrictive than any other anti-corruption agency I have come across.

Apart from the challenges which the Office has faced since the assumption of Office of the Special Prosecutor, the foregoing explains why the Office is not investigating the several alleged suspected offences perceived to have been committed by particular ministers of state and operatives under the present Government and previous Governments. The Office does not and cannot investigate financial and economic offences in which no evidence of corruption can be demonstrated from the beginning.

This explains why the Office cannot investigate the alleged commission of offences contained in any draft or final 1999 Forensic Audits of SSNIT reports by an alleged minister in the Government, the recent bank scandals, and BOST allegations which do not point to the suspected commission of corruption and corruption-related offence. Just give the Office personal knowledge of facts to support an abuse of public office for private gain and the Office will take up the investigations. But do not politicize the work of the Office by dragging it into media propaganda. What happened since 1999 that an alleged offence committed around that year has not been investigated by any previous Government? The remit of an independent anti-corruption agency is not to dabble in politics.”

More Feature Article
Modern Ghana Links
Kenya's Peter Mathuki appointed as Head of EAC Secretariat
Should Ghana Continue On Its Current Economic Trajectory
The Sprouting Of Naysayers Against Covid-19 Vaccines
The 3 Mysteries Of Time And Chance
Nana Addo’s Position On LGBTQI In Ghana: A Mere Political Rhetoric Or A Serious National Stance?
The Covid 19 experience of a paradeless Independence Day celebration: A significant step towards value for money.
What At All Can Move Ghanaian Officials To Meaningful Action?
Why Scandalising the Supreme Court in the name of Partisan Politics?
Schools and Mass Anxiety Hysteria in Central Nigeria
Quote Reports Dossiers
TOP STORIES

Closure of WAPCo’s emergency valve to blame for Wednesday’s ...
34 minutes ago