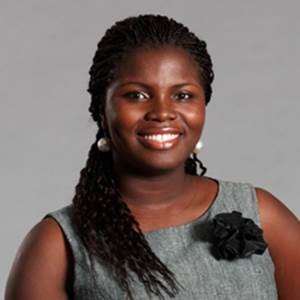 The Global Centre for Pluralism (GCP) today announced 10 finalists for the 2019 Global Pluralism Award, including Deborah Ahenkorah of Ghana.

Three winners will be announced in the fall and honoured at a ceremony in Ottawa on November 20 this year. The Award recognizes the extraordinary achievements of organizations, individuals and governments around the world who exemplify living peacefully and productively with diversity.

“These finalists embody the best of humanity, and serve as a counter to hatred and escalating tensions in communities around the globe,” said the Right Honourable Joe Clark, former Prime Minister of Canada and Jury Chair. “The emphasis on pluralism is more important than ever, with the social acceptance of difference—which only recently was gaining ground—now under threat in many regions.”

In Ghana, Ahenkorah stood out among the nominations for her work founding and managing the literary non-profit Golden Baobab, which awards the annual Golden Baobab Prize. Open to any African citizen, the Prize invests in creators of African content to publish culturally-relevant children's books. Ahenkorah also leads African Bureau Stories.

This year, the Global Centre for Pluralism received more than 500 nominations spanning 74 countries for the 2019 Global Pluralism Awards—more than double the submissions to the inaugural awards in 2017. All nominees undergo a rigorous review and jury selection process. The field of finalists will be narrowed down to three winners, to be announced in the fall, following in-country visits and consultations with key partners on the ground. These three winners will each be granted $50,000 to advance their work in promoting pluralism.

About The Global Centre for Pluralism