CSOs In Ghana Calling For Decriminalization Of Drug Use 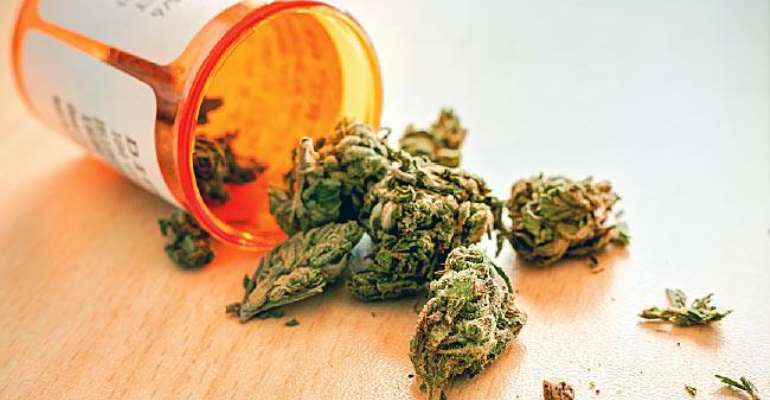 The criminalization of drug use and possession has led to the arrest, prosecution, and incarceration of thousands of Ghanaians across the country. Faced with over-jealous justice system, social, health, and economic costs of criminalization, Ghana’s drug law over the years has disenfranchised many young men and women, especially those who use drugs. A person caught with one joint of marijuana or 0.05grams of cocaine can spend the next 10 years in prison. This law has caused more harm than good, giving criminal records to many young men and women, criminal tags serving as albatross on their necks for the rest of their lives. These tags have disabled many young men and women from accessing jobs, benefiting from government initiatives and incentives, and even denying them of their fundamental human rights enshrined in our 1992 constitution. That is why I am writing to encourage Ghanaians to support the removal of criminal sanctions for drug possession for personal use.

Over time, people have confused “decriminalization” with “legalization” in the whole debate around drug policy reform in Ghana. They are not the same thing. Under legalization, the sale, acquisition, use, and possession of drugs are legal. Our current policies regulating alcohol and tobacco, for those of the legal age, are examples of drug legalization. Under decriminalization, on the other hand, the acquisition, use, and possession of drugs can be met with a warning or by a small civil fine much like traffic violations are. Please keep in mind that, under the decriminalization model, drugs still are not legal, but infractions do not lead to criminal convictions – the one thing that has prevented so many from obtaining employment, housing, governmental benefits, treatment, etc.

In an effort to help educate our citizens about the terrible consequences of our current drug law regulation and the distinction between decriminalization and legalization, we (the West Africa Drug Policy Network, POS Foundation and Crime Check Foundation) organized a public lecture delivered by Professor Carl Hart, a neuroscientist and drug researcher at Columbia University. Professor Hart is known worldwide for his research on cannabis and drug use. In his lecture he sought to demystify the concept of decriminalization and the conflation with legalization, and engaged legislators and key stakeholders on the need for drug policies to be grounded on human rights and public health.

He called on the state to end the criminalization of people who use drugs, and went even further to suggest that it was a massive failure of the state to continue criminalizing people who use drugs. Professor Hart stated that, the situation has not only stigmatized people who use drugs, it has also led to misguided and harmful policy making, and an ongoing concerted effort to overstate the dangers of drugs – the primary actors being politicians, law enforcement agencies, and an ill-informed media. Prohibition is built upon a premise that repression will act as a deterrence to drug use and supply. Yet no links exist between levels of criminalisation and levels of drug use anywhere in the world.

In Ghana, prohibition has not seen a decline in drug use in the country since the coming into force of the Provisional National Defence Council Law 236 in 1990. The use of drugs such as marijuana and cocaine is on the ascendency, with thousands of people, particularly the youth, using drugs. Mounting evidence shows that there is the need to move towards a new policy approach – one in which progress is measured by public health indicators such as the number of people receiving drug treatment, rather than being measured by seizures and arrests.

Ghana needs to take a cue from other progressive countries and consider ending the criminalization of people who use drugs, as well as other alternative health-based approaches. It is chiefly a change in attitude and approach that is required that demands leadership and coordinated action. All stakeholders have their part to play, the agenda needs to be set by the chief influencers: government, commissioners, service providers and bodies like ourselves each have a role in changing the situation.