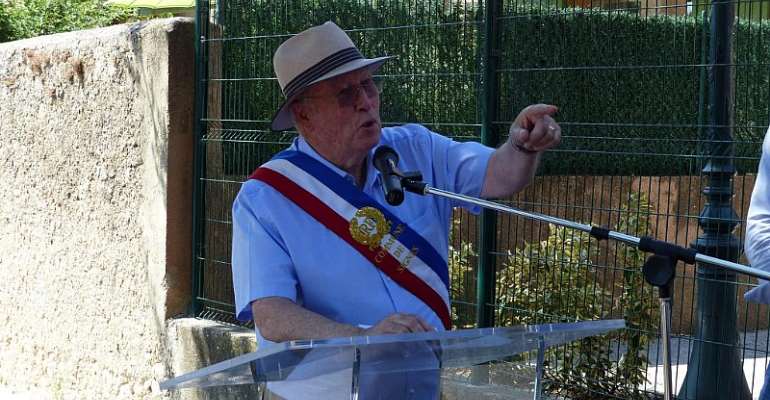 A mayor in the south of France died while attempting to stop illegal dumping by construction workers. President Emmanuel Macron has paid tribute to 76-year-old Jean-Mathieu Michel who served 36 years as the mayor of Signes, a village of less than 3,000 inhabitants.

He was killed on Monday 5 August 2019 while apprehending two workers who were illegally dumping construction waste on a hill.

Michel asked the 23-year-old driver and his 20-year-old apprentice to pick up the waste they illegally dumped from their van onto the road. The men complied, however, after the mayor asked to wait for the police, they tried to drive away and and ran over the mayor.

The two men did not leave the scene and have been detained by the La Valette gendarmes. The apprentice has been released and the driver is facing manslaughter charges. The police is currently investigating the incident.

Homage from the President
French President Emmanuel Macron paid homage to the dedication of mayor Jean-Mathieu Michel and expressed his condolences in a letter to the family of the deceased.

The deputy mayor of Signes said the death was a terrible blow to the community. Valérie Gomez-Bassac, a member of parliament for ruling party La République en Marche (LaREM), said that the death of Michel serves to highlight the recurrent issue of fly-tipping. She called on the ministers to address this issue.

Marlène Schiappa, the minister for Gender Equality, said that a new bill is in the making which will look into providing better protection and support to the mayors. The Senate will hold a meeting next week with the Association of French Mayors over the violence they face.

JHS Not Increased To Four Years Or Reduced SHS Duration – Na...
24 minutes ago

We've Been Begging To Survive Over Closure Of Our Shops – N...
24 minutes ago