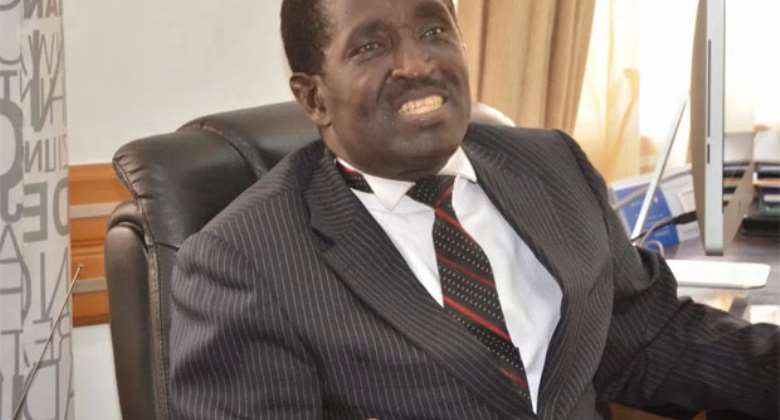 At about the same time controversial Brexit Prime Minister Boris Johnson was probably having breakfast at No. 10 Downing Street London, ready to go to work.

I, Nkrabeah Effah Dartey, an Accra Lawyer was seated in Christ the King Church in Accra taking part in the burial service for the late Lt Col Habadah (retired).

In Berekum, Brong Region, Her Majesty Nana Asiraa Ababio II, Queen mother of Kato– Berekum left her bedroom in the Palace wearing a negligee, fetched a bucket of water and walked a few meters to the bathroom.

Nana was carrying her two mobile phones and one of them rang, and she picked the call, and came out of the bathroom into the main yard of the Palace, not yet bathed.

As she was taking the call, a tall well built macho man entered the Palace, did NOT greet Nana who motioned him to sit down and wait.

The wild faced hostile visitor sat down briefly then almost immediately got up and rudely demanded and pulled from the hand of Nana all her two mobile phones and pocketed them.

He then held Nana's hands and tried to pull her out of the Palace, with Nana resisting as much as she could. The Queen mother is a tall athletic figure, richly endowed with an impressive personality, but no match for this heavily built macho man.

The attacker managed to drag the Queen mother to the outside of the Palace entrance, and then furiously held Nana's bathroom negligee dress and tore it up forcefully, making Nana stark NAKED.

Nana ashamedly bent down and the assailant brought out a piece of wood to hit Nana on the head, but he couldn't. He brought out a stiletto to knife the bemused Queen mother but he couldn't do so instead he forcefully rather pulled up the naked woman to stand upright for all to see her physique in broad day light in her birthday suite, exposing her just as she was: a mere mortal to mankind.

Then the assailant left Nana alone.

When the bemused naked Queen got to my eyewitness friend, she turned back and walked again across three houses, before a small girl brought a cover cloth for Nana to cover herself with.

Nana then entered some house nearby and took refuge. Some collaborators emerged from nowhere and stormed the Palace. Within 10 minutes they all brought out onto the street everything belonging to the Queen mother – her clothing her personal effects, cooking utensils and literally emptied the contents of her bedroom.

They then slaughtered a PIG inside the Palace and cooked the meat and feasted on it. They then went to the royal house nearby and slaughtered sheep to signify that she has been destooled.

The Police in Berekum came to see the personal effects spread outside the Palace, and they saw the feasting party in action at the Palace.

Early in the afternoon, the principal attacker, his deed accomplished, tried to escape back to the North, where he was specifically recruited from to carry out his evil assignment.

Berekum police armed with detailed information, radioed Sunyani Police and they ambushed the taxi conveying the assailant. After the taxi driver had innocently paid the toll at the booth at Fiapre, entrance to Sunyani, a heavily armed patrol team ordered the taxi to stop, and they arrested the attacker and booked him as a guest in one of IGP's Hotels in Sunyani. “To assist in ongoing investigation….”

As the former Member of Parliament for Berekum, I know the Queenmother very well, and have interacted with her a million times. I know the Palace very well, having been there time out of number.

As a student of history, I can say authoritatively that such a foul deed, such an abomination, such an unprecedented act of infamy did not take place by chance. But as a key member of the Berekum Community, I will rather not go there at all. I will only say that what lessons should we draw from this tragedy?

First of all, it was WRONG, very WRONG for Nana a woman at that, to live in the Palace ALONE – why? No courtiers? No “ahenkwaa”? no linguist? How? If there is any chief or DCE or public official reading me, please NEVER BE ALONE!!! Yes, even in your bedroom, have somebody beside you!!!

This is the Natural Law of Personal Security – NEVER BE ALONE.

Secondly, and this might be debatable – when the chips are down, and you are in terrible emergency – who do you call upon? Jesus? Or Kato Mfansi???

Of course, trials and tribulations may come, and even martyrs, like Stephen and Rev Samuel Otoo of Larteh may emerge, but all for His Great Purpose.

The last lesson is that why should there be two chiefs in a small community like Kato? One chief resident in the town holding Court, and another chief, living in Berekum, responding to Katohene, at Omanhene's Palace?

Why can't the dispute be resolved?

One final lesson – I don't understand why Berekum, one of the ten biggest communities in Ghana has only ONE Police Station. How come IGP?

The price of democratic peace is eternal vigilance. Let us spend more money to beef up security. I so well remember when I was an officer cadet at Sandhurst UK, on holidays in London, I noticed that in Central London, where the population is thickest, you will encounter a uniformed policeman on patrol, every hundred meters.

The lessons are many, but let me end here.

But reader, sorry, one more thing. Can what happened be truly described as a destoolment process???

As a lawyer, I have my doubts.

One Million U.S.-Donated Vaccines Arrive in Ghana
47 minutes ago