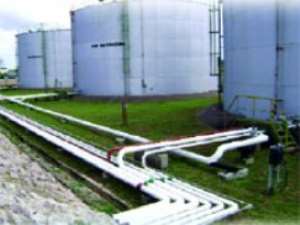 It appears the government's attempt to reform the LPG sector is likely to hit a snag considering the level of opposition being put up against the Cylinder Recirculation Module (CRM).

The association has, therefore, vowed to resist any attempt to impose the policy on them, saying, apart from the unemployment that would create in the country, it will also bring chaos among consumers.

The National Organizing Secretary of the Association, Nanaba Osei Tutu, made the call in an interview with Onua FM’s Yen Sempaon Wednesday.

The Association’s call was in support of a research conducted by Private Investor Protection Agency (PIPA), a non - governmental organization (NGO) that seeks the welfare of private investors in the country.

According to the PIPA’s research, when the module is implemented, a lot of gas stations who are into the retail of LPG would be forced out of business and this will in turn render many Ghanaian workers jobless.

PIPA said its findings indicate that the NPA has already toured some gas stations in the Obuasi Municipality in the Ashanti Region earmarked to be used as pilot sites to execute their plans of recirculating the cylinders.

It said already, some of gas stations in Obuasi, out of the over 650 LPG station across the country, were out of operation for close to a year under the instructions of the NPA.

The pilot project is expected to kick start in Obuasi in the Ashanti Region and Kwaebibirim in the Denkyemboa District of the Eastern Region.

The Cylinder Recirculation Module (CRM) is being introduced by the National Petroleum Authority (NPA), the statutory agency regulating and monitoring the petroleum downstream in Ghana.

The module which is intended to allow consumers to buy already filled cylinder with LPG at some designated gas stations allocated by NPA.

This system means that consumers will no longer own their own cylinders but instead, would purchase LPG in pre filled cylinders.

The Ghana Cylinder Manufacturing Company is expected to producing 37,000 cylinders needed for the pilot project in October 2019.

The LPG Association estimates more than 7,000 people will lose their jobs if government goes ahead with its CRM.

He explained that currently, consumers buy any amount of gas if they don’t have enough money to buy the full capacity of the gas cylinder, but with the introduction of the CRM, consumers would not have that luxury of purchasing any quantity of gas.

“If it is being sold for GHS80, you don’t have any option to buy less, so if they [consumers] can’t afford the GHS80, they would resort to the use of charcoal”, he explained.

Nanaba Osei Tutu said with the policy, taxi drivers who use gas cannot buy gas as they use to buy currently.

“They will be frustrated because they have few places design for the filing for taxi driver. It is not every part of the country”.

He said “it will bring heavy traffic to the places designed for the filling of the gas because they are few”.

He noted that the “UN wants us stop the cutting of trees for charcoal so it is encouraging the use of gas but when the CRM is introduced, people will resort to the use of charcoal again”.

He said already, most gas filling stations have been collapsed”.

Asked on the manufacturing of smaller cylinders to enable everybody can afford, Nanaba Osei Tutu explained that “they can manufacture any size but the prices will not be the same”.

“It will lead to unemployment. It will be just like the PDS because few people in government are pushing it in our throats”.

The Organizing Secretary said, “they are pushing the module on us and it will bring huge business collapsed”.

“We have not thought of the challenges because of some people’s selfish interest and we shall soon name the people who want to push the policy on Ghanaians. Ghanaians should wake up against the policy”, he explained.