Mr. Braimah, “Militia in the Heart of the Nation” Was Maliciously Disgusting 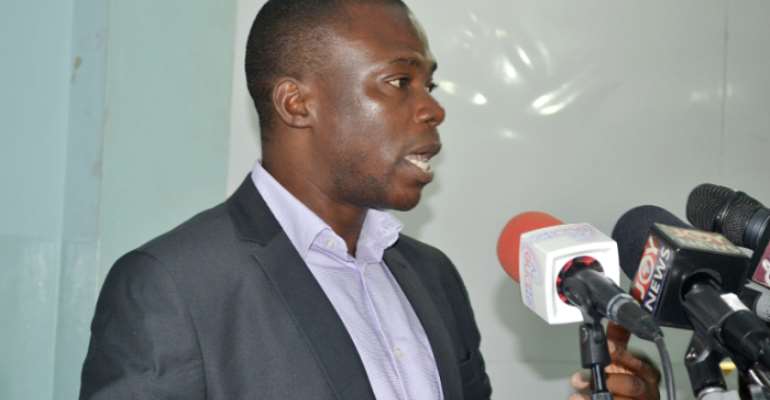 I read the analysis by Mr. Sulemana Braimah, the Executive-Director of the Media Foundation for West Africa (MFWA), of the verdict delivered by the adjudication or arbitration committee, the Dear Reader may choose his/her pick, of the National Media Commission (NMC), with the same feeling of déjà-vu with which one invariably greets a predictable or predetermined conclusion. You see, for me as a journalist with practical experience going back almost as long as the age of the narrator-producer of the Multimedia-televised documentary titled “Militia in the Heart of the Nation,” what mattered most was the intent with which the documentary was produced, which was clearly and shamelessly evinced by the mischievously calculated manner in which footage from the National Democratic Congress-provoked Ayawaso-West Wuogon byelection-related violence was used.

Not surprisingly, Mr. Sulemana Braimah says that he saw absolutely nothing wrong with the deviously tendentious use of footage from the Ayawaso-West Wuogon mayhem, even while also tangentially observing that “byelections held in the Fourth Republic have been characterized by violence[,] particularly byelections held in the following constituencies: Akwatia, Atiwa, Chereponi, Talensi, Amenfi-West and more recently Ayawaso-West Wuogon” (See “The Militia Documentary: Why NMC’s Ruling Is Problematic” Ghanaweb.com 7/29/19). Indeed, were he endowed with the courage of his convictions, Mr. Braimah would have promptly elucidated the fact that each and every one of the five instances of election-related violence listed by the Executive-Director of the Media Foundation for West Africa, except for the last and most recent instance, that is the Ayawaso-West Wuogon byelection-related violence, occurred under the tenure of the John Dramani Mahama-led government of the National Democratic Congress.

We also know that the NDC’s Member of Parliament for the Ningo-Prampram Constituency, Mr. Samuel George Nartey, a former Mahama Presidential Staffer, per the verifiable testimony of Dr. Alfred Oko Vanderpuije, the NDC-appointed former Mayor of Accra, had personally warned Mr. Nartey against the latter’s flagrant violation of the country’s election laws. Mr. Nartey was widely reported by the media to have ridden at the head of a national security look-alike uniformed and armed convoy of more than a dozen motorbike riders through several polling stations in the Ayawaso-West Wuogon Constituency.

It is also quite interesting to observe the devious attempt by both the producer of the documentary titled “Militia in the Heart of the Nation” and the Executive-Director of the Media Foundation for West Africa to use the jujitsu-type of disingenuous references to the Akufo-Addo-established Emile Short Commission to gratuitously fault the ruling New Patriotic Party for having singularly and unilaterally provoked the byelection-related violence in the Ayawaso-West Wuogon Constituency. I mean, wouldn’t it have been laudably objective for Mr. Braimah to have poignantly recalled the fact that the present-day vigilante/militia culture in the country has radical roots going as far back as the late 1970s and to political elements associated with Chairman Jerry John Rawlings, the founding-father of Ghana’s present main opposition National Democratic Congress and, before the latter, the erstwhile Rawlings-led juntas of the Armed Forces Revolutionary Council (AFRC), and the so-called Provisional National Defense Council (PNDC)?

Conveniently skirting around the real journalistic issue of the “Test of Malice,” of which the Multimedia-produced documentary titled “Militia in the Heart of the Nation” miserably fails, is about the only surefire way by which Mr. Braimah and critics of the National Media Commission’s verdict on the hatchet documentary herein discussed could reach the lame-brained conclusion of “inconclusiveness.” Why, for instance, hadn’t the narrator-producer of “Militia in the Heart of the Nation” used footage from other byelection-related incidents of mayhem ranging from Chereponi, Talensi, Atiwa, Akwatia and Amenfi-West? The answer is inescapably obvious. The producer-narrator of “Militia in the Heart of the Nation” is a paid, veritable NDC propagandist. Recently, this self-preening media hack even had the temerity to write a column – I only read the headline and moved on to other more pressing and important issues – telling his readers how Sammy Gyamfi and the NDC’s Communications Team had tried to recruit him. Now, let’s talk about birds of same feathers.

The author has 4874 publications published on Modern Ghana.