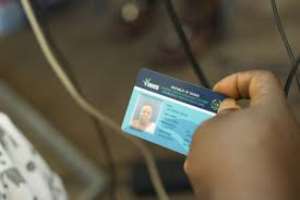 The Deputy Chief Executive Officer of the National Health Insurance Authority (NHIA), Mrs. Vivian Addo Kobea, has urged Private Healthcare Providers to exercise restraint since the Authority has plans of settling their arrears by Friday, July 9, 2019.

According to her, management is working assiduously to ensure that the arrears beginning 2018 are paid to the various groups of the providers, and has therefore entreated them to withdraw their threats.

The Private Healthcare Providers in a press conference in Kumasi on Tuesday, August 6, 2019, gave a two week ultimatum to the government to settle their unpaid NHIS claims that run into millions of Ghana cedis, else they will withdraw their services.

According to them, the current NHIA claims indebtedness is more than one year and providers have submitted claims from 2018 and 2019 and situation is dire as some hospitals have not been able to pay salaries for some months.

They added that, due to lack of funds, they are unable to satisfy their statutory obligation like SSNIT payment for their staffs.

But reacting to their threats on Otec FM’s political talk shows ‘Dwabrem’, hosted by Agya Owusu Ansah on Tuesday, Mrs. Vivian Addo Kobea said the providers’ press conference was belated as the authority has already made arrangements of settling their arrears by Friday 9th of August this year.

“As I am speaking to you now, we are fervently working behind the clock in ensuring that the claims are paid, starting tomorrow, but I can assure that every provider’s account will be hit by Friday. The whole issue is lack of communication between the two stakeholders because I know if they know what we are doing behind the scenes they would not have held the press conference.”

Expatiating on why the claims have delayed, she claimed the authority has to meticulously investigate the claims before payments are made.

Mrs. Vivian Addo Kobea assured the public of the government’s commitment making the scheme viable to improve the quality healthcare delivery of the country.