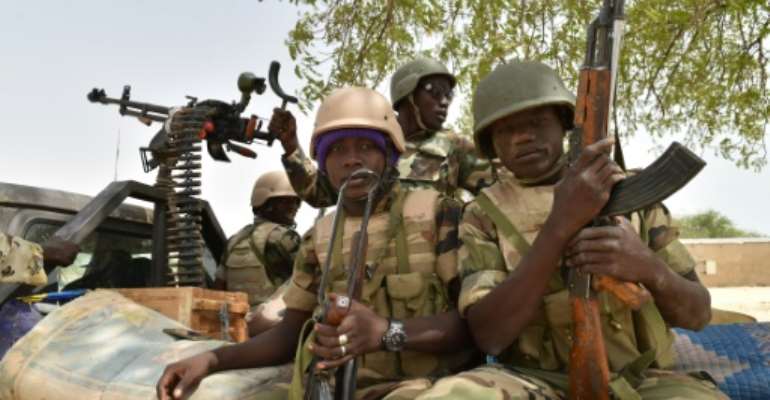 A military coalition is battling Boko Haram in a region crisscrossed by militant groups and traffickers competing for money and influence. By ISSOUF SANOGO (AFP/File)

In the desert landscape of southeastern Niger, a radical Islamist insurgency has claimed hundreds of lives, fractured families and ravaged communities, fearful of the next Boko Haram attack.

Strategically located in the Lake Chad basin in the middle of the Sahel, the Diffa region's borders are crisscrossed by militant groups and traffickers competing for money and influence.

The threat of sexual violence and killings has prompted tens of thousands to leave their homes.

And hostage taking by armed groups -- often targeting girls for rape, enslavement or ransom -- has soared.

On average, nearly one person a day has been kidnapped this year, according to the UN, often by the Islamist extremist group Boko Haram.

A total of 179 people have been captured so far in 2019, many of them young women and girls.

"Whether you're a farmer or trader, no one is safe from kidnapping," said Diffa city resident Lawan Boukar.

The disappearances often occur at night in villages along the Komadougou Yobe river, the natural border between Niger and Nigeria.

"These kidnappings are worrying a large proportion of the population and the authorities," said Bako Mamadou, mayor of Bosso, a town which has been attacked several times since February 2015.

Mamadou said some women and girls are raped and "permanently detained" by their captors.

Ransoms are usually paid in Nigeria's naira currency, he said, and can exceed one million CFA francs (1,500 euros) -- a huge amount for most in the impoverished, arid nation on the edge of the Sahara. 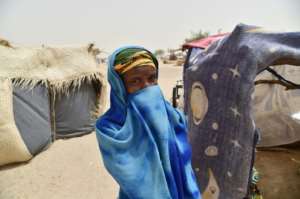 The group has fought a decade-long uprising and promotes a version of Islam that forbids Muslims from taking part in political or social activity associated with the West.

A regional military coalition is battling the group, but at least 27,000 people have been killed in Nigeria alone.

In recent years the group has splintered into competing factions.

Diffa, which borders the birthplace of Boko Haram in northeastern Nigeria, has suffered a string of cross-border raids and population displacement.

In March at least 25 people were killed in a series of attacks in the region, according to an AFP tally, as well as nine soldiers.

The next month, in the regional capital, also called Diffa, suspected Boko Haram militants launched an attack on the central police barracks, killing officers and taking hostages before eventually blowing themselves up.

In June, a would-be suicide bomber with a submachine gun was arrested outside a church in Diffa city, while four other would-be bombers were killed elsewhere.

Boko Haram is well aware of the terror it reaps by kidnappings, particularly following the 2014 abduction of almost 300 Nigerian schoolgirls in the town of Chibok, Borno state which received global media attention. 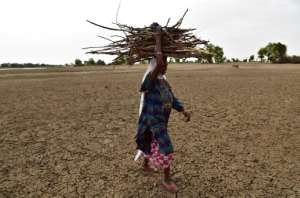 "Parents are fleeing to put their girls in a safe place," said Madou Adam, a resident of Gueskerou, on the Niger-Nigeria border.

Some kidnapped boys are enlisted as combatants while women are forced to marry or are used for "suicide bombings," he said.

In June last year, three suicide bombers killed at least six people in separate attacks in Diffa city -- two of the attackers were girls, according to the interior ministry.

"We have managed to weaken Boko Haram with military actions but also security measures," a Niger minister, who wished to remain anonymous, told AFP.

He insisted that the group now has "less money" due to a crackdown on racketeering and forced taxes.

"They've changed their methods because of our actions," he said, adding: "There are also many bandits who have nothing to do with Boko Haram but who pretend to be them."

Local officials in Diffa have repeatedly called on the government in Niamey to do more to rescue hostages and improve security in the region.

The abduction of 39 people by Boko Haram in July 2017, followed by 15 girls in November 2018, prompted outcries from the community. 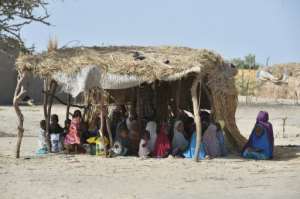 But the government has failed to secure their release.

"The hostages are held in the marshlands of Lake Chad. It is very difficult to access, which does not help search efforts," said an official in the governorate of Diffa, who wished to remain anonymous.