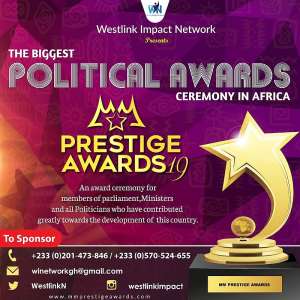 Westlink Impact Network is set to organize a political awards ceremony for Members of Parliament (MPs), ministers and politicians who have contributed greatly towards the development of the country.

In this regard, the Westlink Impact Network will soon open nomination for the award ceremony.