Farmers In Prestea Huni-Valley Receive Over 100,000 Palm Seedlings From MP 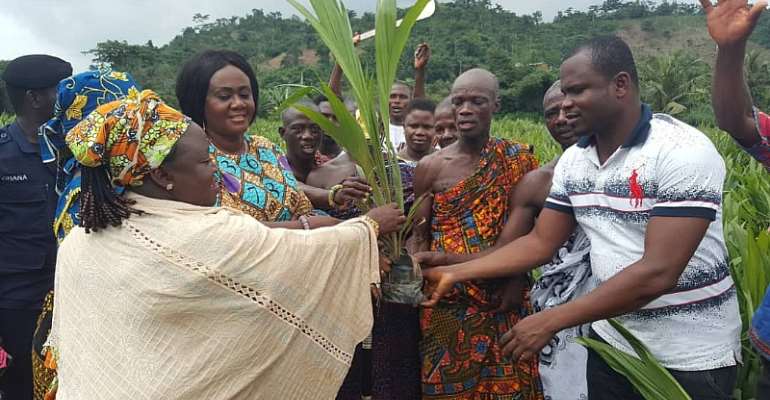 As part of efforts to promote the cultivation of crops under government's flagship program Planting for Export and Rural Development (PERD), the Member of Parliament (MP) for Prestea Huni-valley constituency Barbara Oteng-Gyasi has distributed over 100,000 oil palm seedlings to over 300 farmers in her area.

The initiative is to encourage farmers in the area to cultivate oil palm on large scale to serve as raw material for the establishment of an oil mill which will soon be built at Prestea under the one district one factory initiative by president Akufo-Addo.

Distributing the seedlings to farmers in a brief ceremony held at Huni-valley, the MP noted that farmers have a key role to play in the implementation of the 1D1F and Planting for Rural Development and Export as the success of the program largely depend on their hard work.

She charged farmers to embrace the two programmes adding that government is committed to making agriculture a lucrative venture to attract more youth.

The MP, who also doubles as the minister of Tourism, Arts and Culture disclosed that oil palm is an exportable commodity which could bring in foreign exchange.

The Agric officer, Johnson Asante noted that the seedlings are of high quality and farmers to adhere to the advice of extension officers to ensure high yields.

He also took the opportunity to educate the farmers on government's effort in improving the cocoa sector.

The New Patriotic Party (NPP) constituency chairman, Abiam Kuntu Danso said a committee has already been put in place to oversee the proper utilization of the seedlings.

The Minister also presented 300 cutlasses to the farmers to aid in their farming activities.

She touted government policies like the Free Senior High school, Planting for Food and Jobs, Planting for Export and Rural Development, 1D1F and promised them government is bent on delivering its promises.

The farmers thanked the MP for her kind gesture and assured her their produce will be used to feed the oil mill.

They further promised to reward the MP in the 2020 general elections as a way of showing their appreciation for her generosity.

In a related development the Minister visited three communities in the constituency namely Kurantin No:1, Kurantin No:2 and Kurantin station.

During the visit, the MP said president Akufo-Addo led government has done well in managing the country's economy far better than it predecessor.

She talked about the Obaapa Micro Loan Scheme under the Wassa Hemaa Foundation from which a lot of women have benefited to boost their businesses.

All the 3 communities she visited commended her for such a wonderful intervention and promised to repay the small loans for their colleagues to also benefit from the scheme.

Barbara Oteng-Gyasi having seen the need to beef up security and lightened up the constituency hinted of the distribution of 150W LED street bulbs to various towns and villages within the area.

She donated 4 LED Street Bulbs to each of the three communities.

She admitted the Huni-Valley to Insusidin road is in a deplorable state but assured residents the road will be awarded to a contractor before 2020.

The residents congratulated the MP for her kind gesture, especially putting up a community center for them and assured her the only way they can reward her will be to vote massively for her and President Akufo-Addo in the 2020 General Elections.

The Minister was accompanied by NPP Constituency executives in the area. 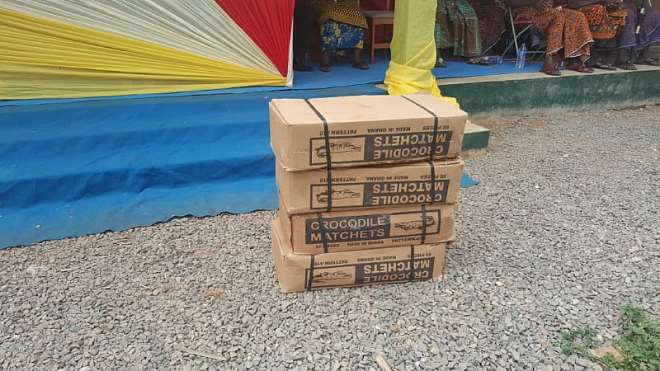 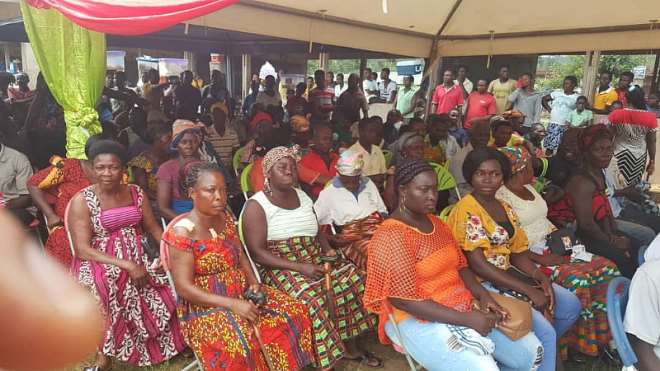 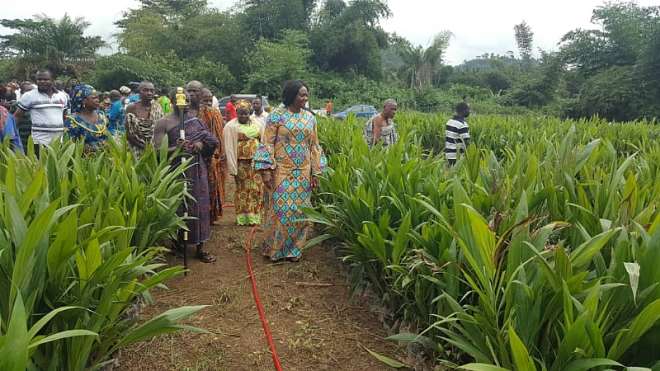 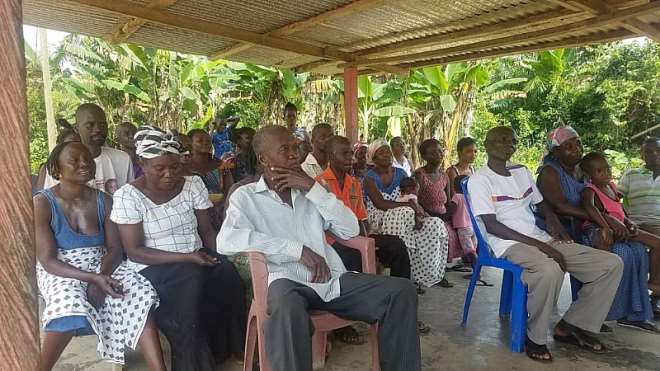 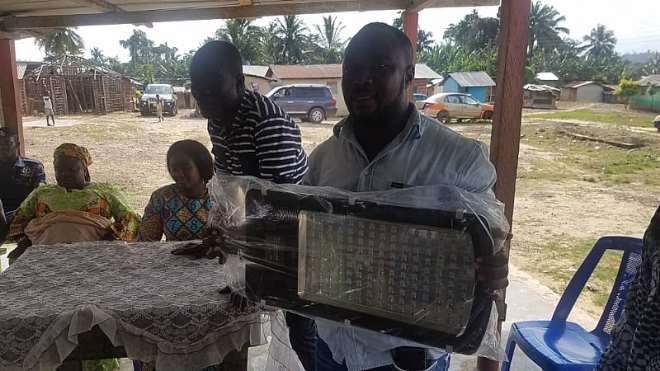