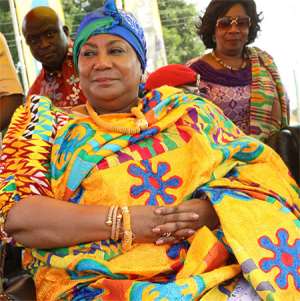 The Chiefs and Elders of the Ada Traditional Council have crowned First Lady Rebecca Naa Okaikor Akufo-Addo as the champion of their Development.

She has been given the stool title, “Naana Ode Ope Eoo I.”

That was when she joined them to celebrate this year's annual Asafotufiami festival.

The honour was bestowed on the First Lady in recognition of her many philanthropic projects undertaken through The Rebecca Foundation of which she is Founder and co-chairperson.

Celebrated in the first week of August, the festival is an annual warrior’s festival by the Ga-Dangbe people to commemorate victories of their ancestral warriors in battle for settlement which were all won, as well as those who fell on the battlefields. 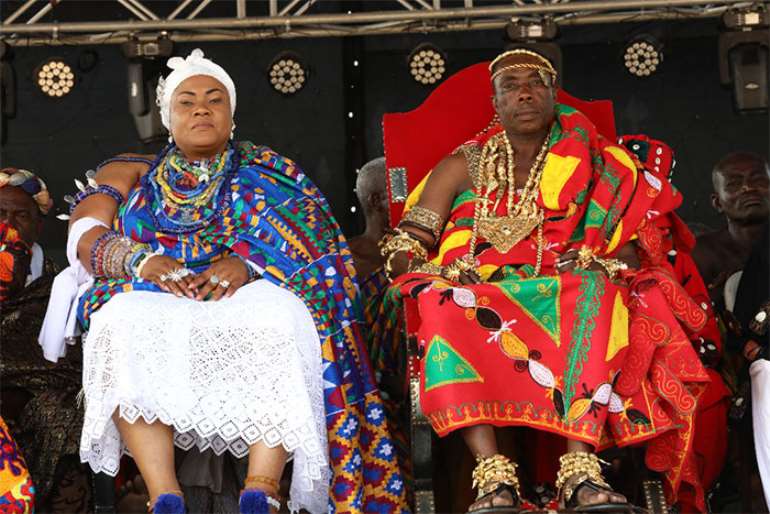 The festival also ushers in the harvest cycle for which special customs and ceremonies are performed.

Speaking at a grand durbar to climax this year's celebrations which was held under the theme: “Mobilizing Local Resources towards the Development and Growth of The Traditional Area,” Mrs. Akufo-Addo called for the utilisation of festivals as launch pads for development projects which will facilitate the combat of ignorance, poverty and disease. 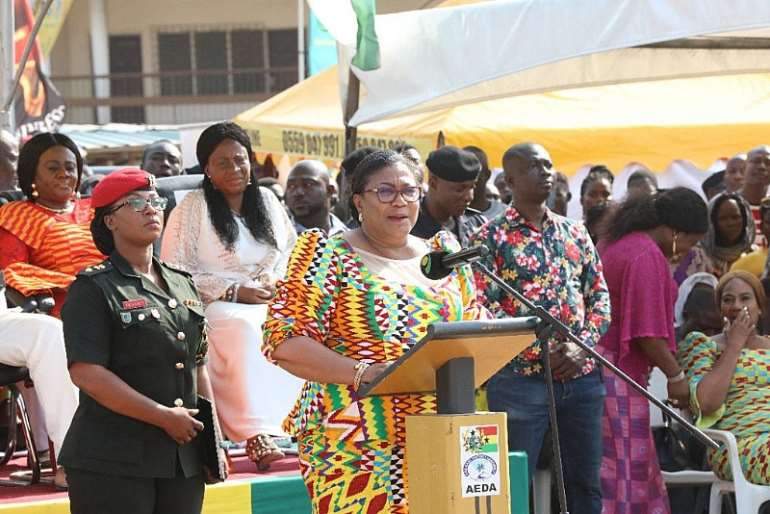 She commended the chiefs and elders for the theme for this year's festival which is the same as last year's saying “it goes to tell that development initiation and sustenance should not be the sole preserve of government, but one that should be owned by the people of the traditional area, working together with political authorities to address their needs”.

She said she was impressed that as parts of efforts to develop their community, the traditional authorities had identified salt production, aquaculture, vegetable farming, agro processing and tourism as potential areas for economic development of the Ada traditional area, a drive which she said requires strategic planning as well as local and foreign investments to ensure their viability.

To this end, Mrs. Akufo-Addo urged the people of Ada to take full advantage of the government's social intervention policies especially the Free SHS policy, in order to groom well-educated citizens who understand local and global challenges and their solutions.

She expressed concern that while government was working hard to improve access to quality education as well as other social infrastructure, parents in some communities are not encouraging their children, especially daughters, to stay in school and cautioned that failure to fully utilise the Free SHS policy would render the people powerless in breaking the chains of poverty, regardless of the many infrastructural and economic development projects executed in the community.

Mrs. Akufo-Addo also asked the people to emulate their predecessors who respected the environment and believed that preserving the environment was the key to their sustenance, warning that “with the alarming volumes of waste generated as a result of Population growth, urbanization, globalization and industrialization continue to stress the earth let us not deceive ourselves that we can continue this way without consequences”.

She advised the traditional council and local authorities to initiate a programme that will reduce plastic waste, replant trees and reclaim land that have been rendered infertile by human activity.

The annual Asafotufiami festival serves as a grand homecoming for natives of Ada and Africans in the diaspora, drawing a big crowd of people from all walks of life to the Ada traditional area.