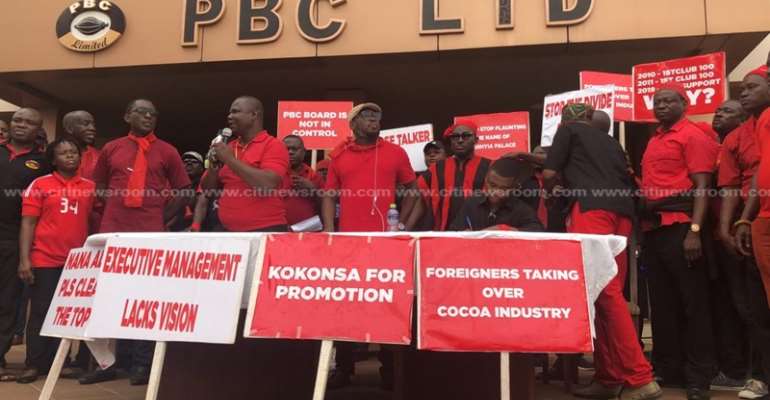 Hundreds of workers of the Produce Buying Company (PBC) besieged the company's headquarters at Dzorwulu in Accra to register their displeasure over what they describe as the poor management of the national asset.

They say current work conditions are appalling and salary delays are increasing.

Some of the workers who spoke to Citi News called on the government to act swiftly to address their concerns. 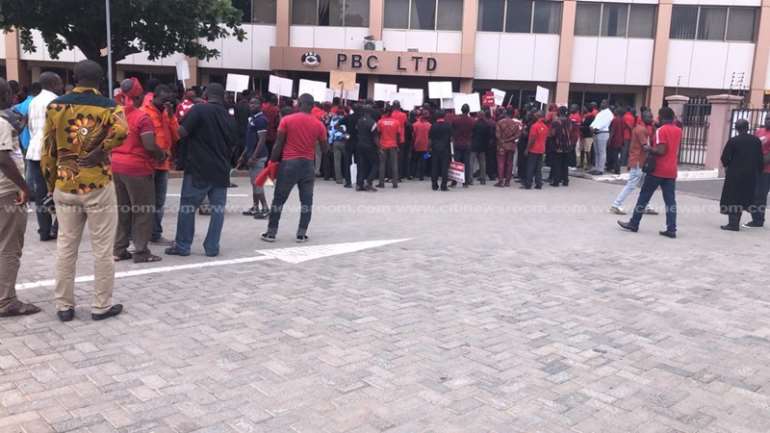 They said the current management is “short of ideas, lacks vision and foresight.”

“We are demonstrating simply because the company is not on its proper mandate and therefore it is necessary for us to demonstrate for the government to know the state in which the company is.”

“Where we have gotten to, if the government does not come in, the company will collapse. We are demonstrating because the management was given to us and the board needs to give way.” 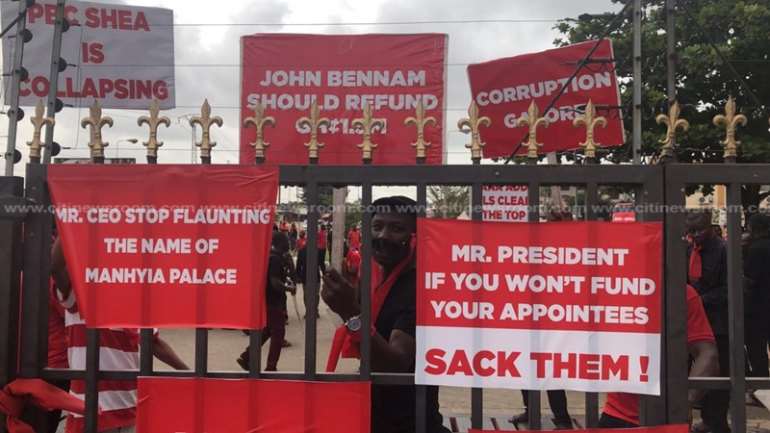 Meanwhile, Management of PBS has called for calm amongst staff as they make efforts to get the company back on its feet.

Speaking to Citi News, the Managing Director of PBC, Kofi Owusu Boateng, said his outfit was hopeful that an earlier meeting between PBC, the Industrial and Commercial Workers Union Ghana and the president to deliberate on how to turn the fortunes of the company will yield positive results.