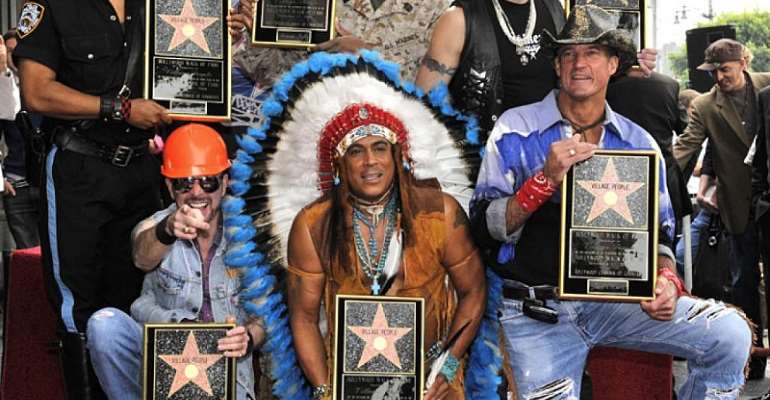 The Moroccan-born songwriter and impresario was one of the pioneers of the disco movement, which swept the world's dancefloors in the late 1970s.

He formed the six-piece band which had huge hits such as "Y.M.C.A", "In the Navy" and "Macho Man".

Although Belolo was not gay himself, he saw the band's image as embodying the carefree party spirit of the community in the years before the AIDS epidemic.

The French society of authors, Sacem, told French news agency AFP that Belolo's son had confirmed he had died.

"Sad to learn of the death of Henri Belolo," the group tweeted. "He contributed to the rise of dance, disco and house music in France and wrote for... the Village People," it added.

Belolo and Morali -- who was also born in Casablanca -- had already been successful in France with their Carabine label before the friends left for the US in 1973, where they formed the Philadelphia disco outfit, The Richie Family, who had a global hit with "The Best Disco in Town" in 1976.

Morali -- who also wrote songs for Cher and the Franco-Egyptian diva Dalida -- died of AIDS in 1991.

The pair helped popularise breakdancing and hip hop in Europe in the early 1980s with the New York group Break Machine.

Their Scorpio Music label was also a key player in the rise of house music in France later in the decade.