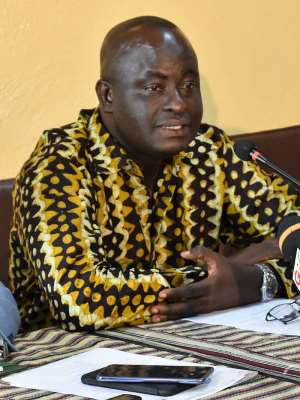 The Upper West Regional Minister, Dr Hafiz Bin Salih, has urged executives of the ruling New Patriotic Party (NPP) to give neutrality and fairness a chance in the party's upcoming parliamentary primaries for the best to win.

He says the determination of the fortunes in the upcoming 2020 general elections also hinged largely on the quality and competence of the candidates needed to retain power.

“So my clarion call to all party executives, be they Constituency Executives, Electoral Area Coordinators, Polling Station Executives, they should be neutral, if they are neutral and at the end of the politics there is a victor then we can all rally behind the winners and then market them,” he stated.

He said the failure of both the National Democratic Congress (NDC) and the NPP in previous elections were as a result of poor management of their parliamentary primaries which led some party supporters to defect to other parties.

“In the fourth republic all the governments that have been voted out, both NPP and NDC, it was as a result of their inability to handle their parliamentary primaries, because when there are fallouts then people become disillusioned and when that happens apathy sets in”, he explained.

He observed that it would be difficult for the political party executives who supported a candidate to bring onboard supporters of an aspirant who losses the primaries or to support other candidates who won either than their preferred candidates.

“It will be difficult for executive to bring on board the supporters of those who lost. The situation will even be worse if the person they are supporting fails to win”, he noted.

He indicated that all the candidates contesting the primaries were competent enough to lead the NPP to the 2020 general elections, however, the daunting task as the Regional Minister towards the 2020 elections is to unify the party.

This, he intimated, compels him and to a large extent, leaders of the party nationwide to remain neutral at all levels of the elections.

He refutes claims that his assumption as Regional Minister after his predecessor was reassigned had caused division within the party.

He stressed that being appointed to a political office is not definite explaining that he could also be reassigned anytime and that would not be a worry to him.