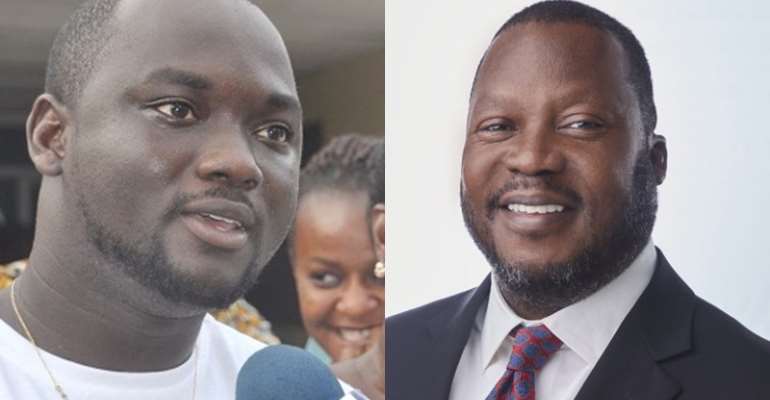 Lawyer Philip Addison, in his quest to re-contest the Klottey Korle seat has received a massive boost with the support of Nii Noi Nortey, the former New Patriotic Party (NPP) chairman of the constituency.

The former chairman and his team are of the view that Mr. Addison putting himself forward by picking nomination forms is laudable.

“I will go all out with my support base to do all we can to ensure we unseat the NDC in 2020. It’s possible together. All we need to win the seat is unity,” Mr Nortey said.

Mr. Addison welcomed the support and expressed his appreciation for the backing.

The former Greater Accra Regional Director of Communications of the NPP, Alhaji Yusif Fofana, picked up the forms on behalf of the Mr. Addison last week.

He stated that the move was necessary.

“In fact, looking at the pressure coming from the grassroots, we decided even in his absence to pick a form for him and then even file his nominations for him. We have informed him and he's given us his blessings. We are doing this because we believe he did very well in the 2016 elections. He put up a very good show by polling a lot of votes for both presidential and parliamentary elections. Just so you know, the President won this constituency in the 2016 elections so coming back with him as the incumbent parliamentary candidate will help the cause of the New Patriotic Party,” he said.

Philip Addison, who is the brother of the Governor of the Bank of Ghana, represented the NPP in the constituency in the 2016 general elections but lost to the National Democratic Congress' (NDC) Dr Zanetor Rawlings as the NPP's polled votes were shared between himself and his contender who stood as an independent candidate, Nii Noi Nortey.

So far, three candidates, including Philip Addison, have picked up nomination forms in the hope of being selected to represent the NPP in the Klottey Korley Constituency.

Questioned about Lawyer Addison's ability to emerge overall winner and to oust the incumbent MP, Dr Zanetor Rawlings, Alhaji Fofana stated that the lawyer would definitely succeed this time around.

“This is a battle that we are going to, but this is family war so it's going to be on a lighter note because the more you destroy your other aspirants, it's like washing our dirty linen in public…We don't see it as a serious thing about life and death. We think it's about who is well placed to win the seat for us. And I believe even they themselves know Philip Addison stands tall because when it comes to politics, when it comes to involvement in the activities of the party, he has been there all the time, compared to my other brothers who are also coming to contest the seat. So he's well known, he's well placed and we know with him as our candidate, we can win the seat,” he added.