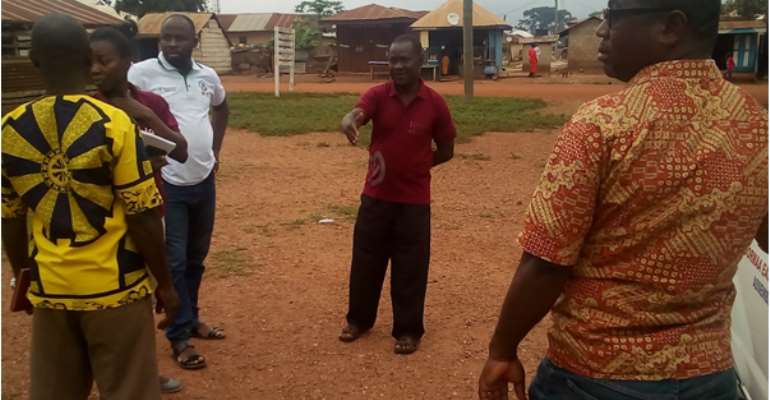 Citizens in Dormaa Akwamu in the Dormaa East District of the Bono East region have started demanding quality project delivery from contractors executing government projects in the community.

“When he started working on the floor, the community members observed cracks in some of the floors and also demanded that to be redone which he has also done” he continued. “Even the community have told the contractor change the doors because they are sub-standard, he concluded”.

He appealed to other communities to develop an interest in the development of their communities and to ensure that contractors executing projects do quality work. The project which was started in 2017 is more than ninety per cent complete is being executed by Omini Construction Company Ltd.

The Social Audit Committee is part of the CDD-GHANA/OSIWA Social Accountability project implemented by Hope Alive 360 Foundation across twenty Districts in Ghana on the theme “Promoting Social Accountability Through Citizens Participation In Local Governance In Ghana: Building Transparency, Participation, And Feedback Around Local Government Budgeting And Planning System.”