President Espinosa To Visit The UK 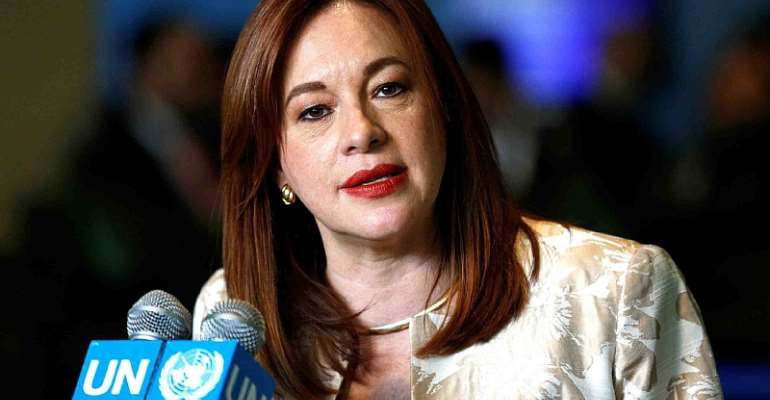 New York, 2 August 2019 - The President of the General Assembly will travel to the United Kingdom, on Sunday, to begin an official visit at the invitation of the YMCA.

On 5 August, Monday, Ms. María Fernanda Espinosa will deliver the keynote speech at an event to mark the 175thAnniversary of the YMCA.

The event will be attended by approximately five thousand young people from over 100 countries.

Ms. Espinosa will speak about her one of her priorities; “Youth, Peace and Security”, the future of work, climate change, and the Sustainable Development Goals (SDGs) among other topics and will engage in an interactive dialogue with participants.

She will have bilateral meetings with the YMCA Secretary-General, Mr. Carlos Sanvee, and the President, Ms. Patricia Pelton.

On 6 August, Tuesday, the PGA will travel to Buckinghamshire, to open the Centre for United Nations Studies at the University of Buckingham, the first of its kind in the United Kingdom.

The President will subsequently meet with representatives of academia, civil society, and women’s groups, and take part in a roundtable discussion hosted by the United Nations Association - UK.

Ms. Espinosa will visit Central Hall Westminster, where the GA held its first meetings in 1946.

Whilst in London, the PGA will grant interviews to national and international media outlets.

She will depart from London on 7 August, Wednesday.

Ms. Espinosa will travel with an adviser, a communications specialist, and her personal assistant. All travel costs will be covered by the YMCA and the PGA’s Trust Fund.