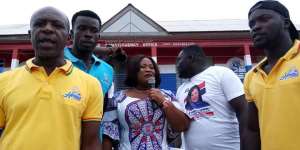 The primaries is slated for 28th September, 2019 and vetting of the Aspirants is scheduled to take place on Monday, August 12, 2019, at the Party's Headquarters in Sekondi-Takoradi, Western Regional capital.

Madam Akaisi Horma, when she emerges victorious in the contest will be the first female candidate to lead the NPP in Ellembelle.

The current DCE for the area, Kwasi Bonzoh has been running unopposed on the ticket of the party since 2012 but this time around, he is facing tight competition.

Political pundits and various surveys conducted put the Regional Treasurer (Madam Anna Akaisi Horma Miezah) ahead of the DCE and the rest.

Her nomination forms was received by the Party's Elections Committee Secretary, Mr. Isaac Kpolley and promised her of a fair and transparent election.

The occasion, which could be described as a rally, was characterized by a procession of over 400 delegates, NPP faithful and sympathizers from the Constituency who accompanied her to submit the forms through the principal streets of Esiama, Akpandue, Awiebo, Basake and Aiyinasi amidst brass band music and dance.

Addressing the enthusiastic delegates and supporters at the party Office at Aiyinasi over the weekend, Madam Anna Akaisi Horma Miezah thanked them for their unflinching support given to her to file her nomination forms to contest as their Parliamentary candidate.

She disclosed that her main aim of contesting was to oust the NDC lawmaker, Emmanuel Armah Kofi-Buah in 2020 adding that they could only achieve this unless the party is united.

She opined that her main headache, was the disunity and division in Ellembelle NPP adding that unity was very paramount.

"My major concern is disunity and division in the party but if there is a vacancy, many people have the right to compete and we are all competing for this primaries and one will win", she said.

The Regional Treasurer noted that the party was going to snatch the Ellembelle seat from the NDC and said the party shouldn't think about a particular candidate but think about the victory.

"This year, we are going to take the Ellembelle parliamentary seat and not a candidate, we are not taking a candidate, what we need is the seat not a particular candidate so in this primaries we must vote wisely, we shouldn't vote because this particular person is my sister or brother, we are going to vote for someone who can uproot Armah Buah like a cassava so I will plead with you, let us bring unity into the party", she stressed.

She continued that "...if we end the primaries, let us be united, I will beg you and let us work hard because the people that we are supposed to battle with are the NDC and not among ourselves".

She took advantage of the atmosphere to plead with the delegates and supporters not to insult, engage in acrimony, mudslinging and other irresponsible behaviours that could mar the process and affect the party's chances of winning the Ellembelle seat for the first time, adding that without unity the NPP would find it difficult to wrestle the seat from the NDC.

She said politics was not about insults but sharing divergent views and urged them to be tolerant.

"It is very painful to see our youth engaging in politics of insults, politics is not about insults, it is about sharing divergent views and it doesn't mean if you disagree with someone you have to insult the person, let us stop insulting ourselves because if we finish this primaries, we will need everybody on board to wrestle this seat from the NDC", she stated.

The gender activist and philanthropist, capitalized on the opportunity provided to state that the Member of Parliament for the area, Emmanuel Armah Kofi-Buah has failed the good people of Ellembelle and for that matter they were going to uproot him like cassava in 2020.

According to her, she doesn't understand why Armah Kofi-Buah is having the courage to talk about the deplorable nature of the Nkroful road in the Constituency which Armah Buah and his NDC failed to fix.

She is worried that "Armah Buah has being an MP for Ellembelle for good 10 years now and still darkness has taken over the Constituency. See darkness on our major Highway, Aiyinasi which is his hometown, see no light on the road side. Whether Armah Buah likes it or not, in 2020 he will go, we are uprooting him like cassava".

Madam Akaisi Horma Miezah, seized the hour of excitement momentarily to hail President Akufo-Addo for implementing the Free SHS policy and therefore charged the gathering to encourage their young ones to take advantage of the policy.

She disclosed that the Akufo-Addo-led Government has good programmes for Ellembelle Constituency and urged them to rally behind the Government.

She, therefore, pledged to liaise with the NPP National Chairman who is a son of Ellembelle Constituency, Freddie Blay to help push for more developmental projects for the area.

She also promised that the Akufo-Addo-led Government was going to reconstruct the Esiama-Nkroful-Aiyinasi road currently in deplorable shape.

On his part, the Campaign Communications Director of the Aspirant, Ishmael Avo Miezah appealed to delegates to vote massively for her to wrestle the seat from the NDC for party in 2020.

He said the Aspirant was a generous and hardworking woman who has the good people of Ellembelle at heart.

He seized the opportunity to disclose that the Aspirant has already used her current position to get so many youth in the area job opportunities and said the time has come for them to send her to Parliament to lobby for more developmental projects for the area.

She concluded that "Most successful managers are women and If you want effective leadership trust women". 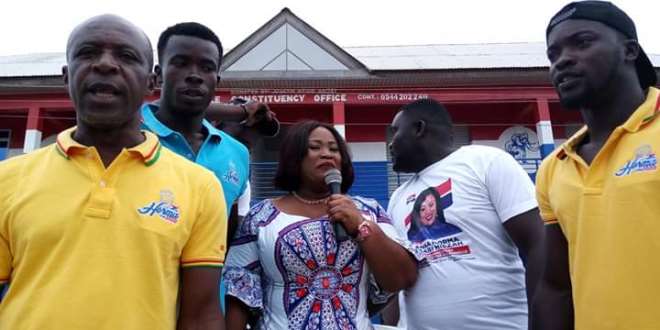 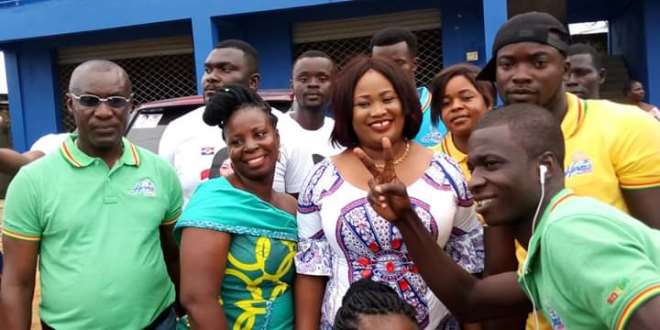 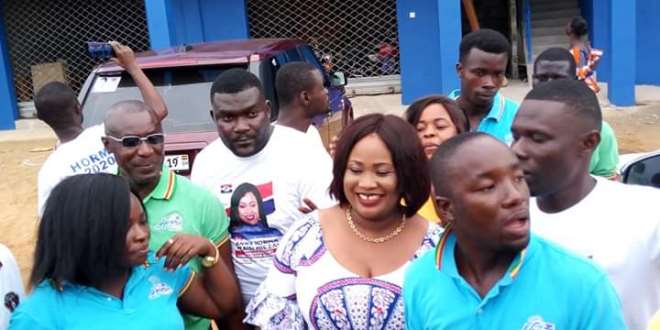 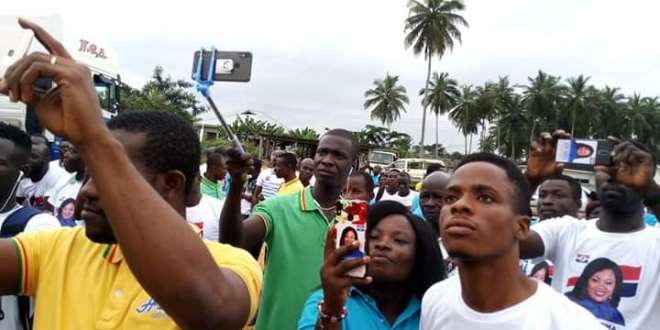 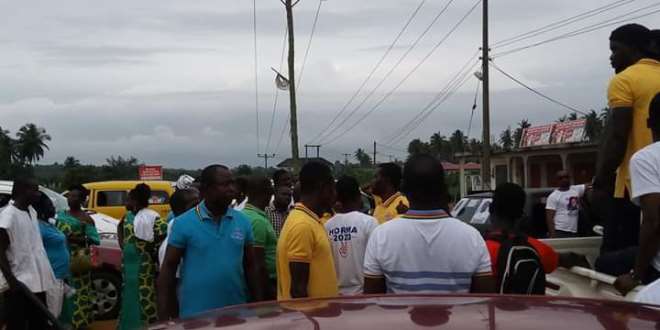 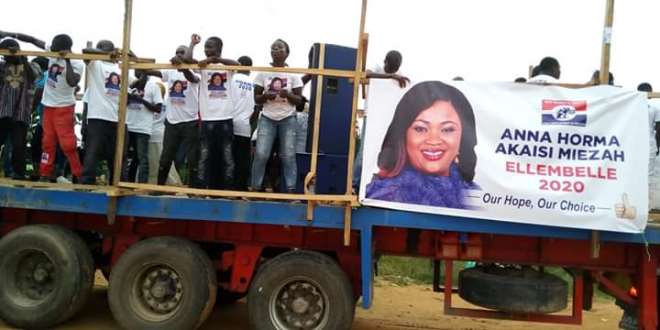 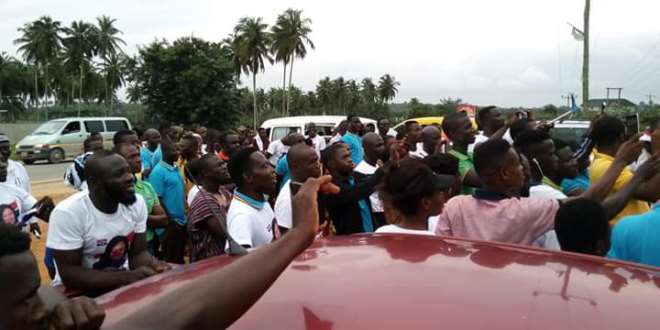 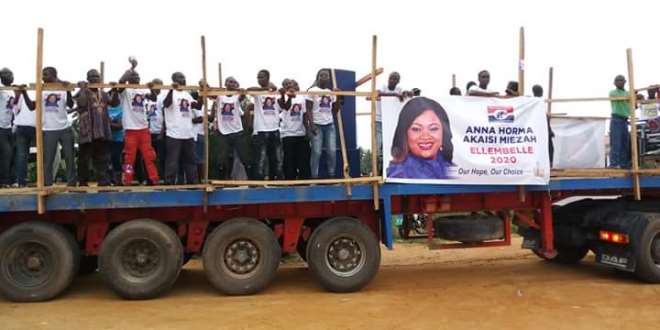 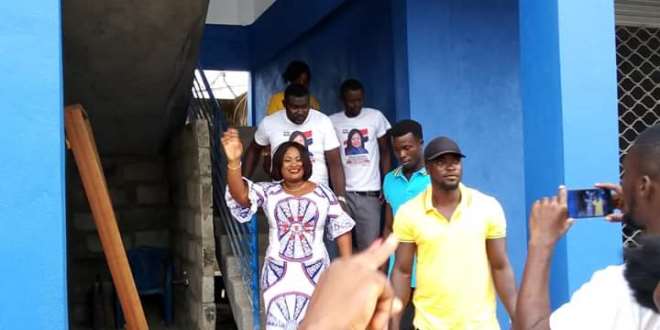 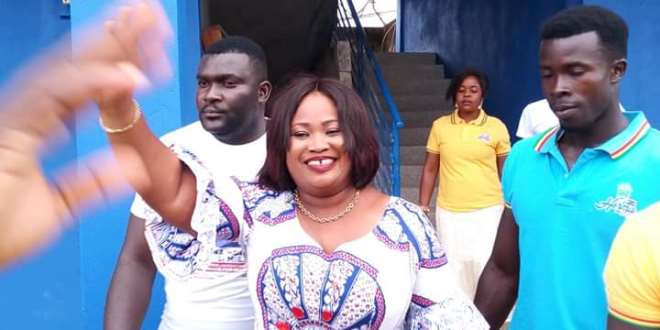 Decision To Let Us Manage Ambulances Laudable--Ambulance Ser...
59 minutes ago