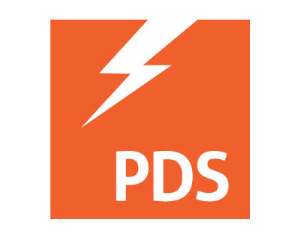 Lawyers for Power Distribution Services (PDS) Ghana Limited claims their client (PDS) was suspended by the government on the basis of misinformation and misrepresentation of facts.

It would be recalled that on 30th July, 2019, the Ministry of Information issued a press statement announcing that the Ministry of Finance and the Electricity Company of Ghana (ECG) had suspended the concession agreement between them and the Power Distribution Services (PDS) Ghana Limited with immediate effect.

This was followed by two letters from the Energy Commission, one purporting to cancel PDS’ licence and another announcing the transfer of the licence to ECG, urging PDS to cooperate with ECG on the process of transferring the licence.

Government of Ghana through the Information Ministry also announced further investigations into the matter which is expected to be completed in the course of 30 days.

But lawyers of PDS from Minkah-Premo & Co. in a press statement, said the narrative by the Government of Ghana, and the conduct of ECG and Energy Commission seemed to suggest wrongdoing on the part of PDS on the basis of misinformation and misrepresentation of the true facts.

According to the statement, it was “therefore important for the position of PDS on the matter to be stated in order to paint a true picture of the situation as truly obtains.”

The details of events leading up to the suspension of PDS were spelt out in the statement.

By virtue of a number of legal arrangements between PDS and ECG and the Government of Ghana acting through the Ministry of Finance, it recounted, PDS had been given a concession to manage, operate and invest in the electricity distribution business of the utility covering what is described as the Southern Distribution Zone of Ghana (SDZ).

It explained that these Legal Arrangements are the Lease and Assignment Agreement (L.A.A), the Bulk Supply Agreement (BSA) and Government Support Agreement (GSA).

PDS is mandated by virtue of two licences, namely the Electricity Distribution Licence and the Electricity Retail Sale Licence both issued by the Energy Commission to, among others, engage in the supply and distribution of electricity in Ghana, according to the statement.

It added that it was a condition of both the LAA and the BSA for PDS to provide payment securities for the LAA and BSA.

The statement highlighted that Clause 5.11 and Clause 5.2 of LAA and BSA respectively, provided two means by which the security could be provided and these were Demand Guarantee or Letters of Credit.

“Again Annex 1 of Schedule 4 of the BSA provided the form the Demand Guarantee should take whereas Annex 2 of Schedule 4 specified the exact form the Letter of Credit was to take,” it said.

In a bid to meet the requirements of the LAA and the BSA, PDS approached a number of banks in Ghana but was unsuccessful in securing Letters of Credit primarily because the banks required PDS to provide its tariffs, it observed.

It stated that PDS was however unable to supply this information to the banks because the Public Utility Regulation Commission (PURC) had not at the time supplied the PDS with that very vital information.

The statement added that “It is instructive to note that the tariff rating was approved by PURC on 25th June, 2019 to take effect from 1st July, 2019.”

PDS was therefore compelled to secure Demand Guarantees as securities for the LAA and the BSA, an expensive option due to the non availability of relevant information, according to the statement.

After a series of discussions with government, MiDA and ECG, PDS obtained approval to work with Donewell Insurance and Cal Bank Ghana Ltd to raise the Demand Guarantees.

The statement revealed that ECG by letter dated 28th February, 2019 wrote to PDS indicating its satisfaction with the Demand Guarantees that has been raised

In a rather sad twist of events, it lamented, ECG wrote to PDS by letter dated 29th July, 2019 informing PDS of what was essentially described as irregularities with the Demand Guarantees which ECG claimed to have uncovered upon further due diligence.

In the said letter dated 29th July, 2019, it explained, ECG made reference to a letter dated 15th March, 2019 which it had received from Alkoot as the source of the information on the alleged irregularities.

“It is important to state that whereas PDS secured the Demand Guarantees through Donewell Insurance and Cal Bank, the two local entities had through a process of reinsurance engaged an international insurance broker by name Jo Australia to enable it secure the Demand Guarantees from Alkoot; both Jo Australia and Alkoot are based in Qatar. PDS, therefore, had no direct relationship with the said Alkoot,” it said.

“As PDS was to do in its relationship with ECG, it agreed that a team comprising PDS, ECG, MiDA, Donewell Insurance, Calbank, Millennium Challenge Corporation, Ministry of Energy, and Ministry of Finance be sent to Qatar to investigate the alleged anomalies or irregularities,” it said.

“This team was to head out on 31st July, 2019. What was to follow, however, was a series of strange and unfortunate occurrences,” according to the statement.

Furthermore, it revealed that at about 6:15pm on 30th July, 2019, ECG dispatched a letter to PDS by which letter it purported to suspend the rights and obligations of PDS under the LAA, a step which was unsupported by the terms of the LAA between ECG and PDS.

This was in spite of the fact that ECG had early agreed to a team being sent to Qatar to investigate the alleged irregularities with the Demand Guarantees, according to the statement.

At about 6:51pm on the same 30th July, 2019, PDS received another letter from the Energy Commission purporting to withdraw the licences of PDS and asking PDS to show cause by 10:00am the following day, 31st July, 2019 why its licences should not be cancelled, it said.

In view of the rather short notice, and given the fact that the matters raised by ECG against PDS required clarification from both local (Donewell and Cal Bank Ltd) and international actors (Jo Australia and Alkoot), it narrated that PDS wrote to the Energy Commission asking that it be given up to Friday 2nd August, 2019 to state its position on the matter before the Commission, the statement observed.

According to the statement, PDS received no response from the Energy Commission.

At about 4:00pm on 31st July, 2019, the statement pointed out that PDS was summoned to the Presidency for a meeting which was chaired by the Vice President of Ghana, Dr. Mahamudu Bawumia.

PDS, however, stated without equivocation that its presence at the meeting was without prejudice to its position on the matter which was that it continued to maintain its rights under the LAA and BSA, it said.

The meeting at the Presidency ended at about 4:10pm, and it was subsequent to that, that PDS received two letters (both dated 31st July, 2019) from the Energy Commission, one purporting to notify PDS of the suspension/cancellation of Electricity Retail Sale Licence, and the other informing PDS of the appointment of ECG as interim operator to manage PDS' Electricity Retail Sale licence and inviting ECG and PDS to a meeting on 1st August, 2019 to “resolve outstanding issues”, according to the statement.

It noted that it was later followed by a letter from ECG dated 1st August, 2019 calling for a meeting to discuss issues pertaining its purported appointment as interim operator of PDS's Electricity Retail Sale Licence of the licence.

PDS however wrote to the Energy Commission by letter dated 31st July, 2019 informing the Commission of PDS' inability to accept the Commission's decision for being inconsistent with law, it said.

It added that again, by letter dated 2nd August, 2019, PDS wrote to ECG informing it that it was unable to attend the meeting as its purpose did not accord with PDS' position on the impasse.

“It must be noted that in purporting to withdraw/suspend/cancel/transfer PDS' licence, the Energy Commission sacrificed the very notion of reasonableness and fair hearing required of it by section 19 of the Energy Commission Act, 1997 (Act 541) as well as Article 23 of the 1992 Constitution and thereby acted arbitrarily and without regard to due process laid down in its own enabling act,” it stated.